In doing this blog I really have to evaluate what goes up here as with marketing and advertising on steroids today, I want to have good information and not someone just looking for a pitch, I get lots of those.  There’s a few other folks talking about this book too, like Scientific American.  Who coined the word “proofiness”, none other than Stephen Colbert; and and Jon Stewart are some very smart people.  I talk a lot

about the math and how it gets used in healthcare and have made note of this book many times and today here’s a radio interview so you can hear more of it yourself.  The professor makes total sense and again if you read here often enough you hear me question some of the “marketing” analytics time and time again.

You have to ask questions as there are “dirty” algorithms out there and how dirty they are varies.  Some are just stupid mistakes while others are very finely crafted to maximize profits and sometimes at the expense of those “who do not ask questions even when they know something is not right”.  Don’t be one of those as it never hurts to inquire.   Listen to the radio show from Charles Siefe and it’s in several formats as the radio station in New Zealand didn’t seem to be online at all times, so choose one and go for it.  Also, Google has a book preview here.

Politicians, marketing gurus and even medical experts manipulate math to make even the most outrageous claims seem entirely plausible. In his book 'Proofinesss: The Dark Arts of Mathematical Deception' journalism professor Charles Seife reveals the many ways we are blinded by numbers.

Now if you have listened and tuned in think back to last year with Jon Steward and Steven Colbert, this was pretty much what this was all about as mathematical deception is creating disruption.

The news media picks up numbers like they are the gospel truth and drive everyone nuts.  Not to fault the writers all the way around as they have this item called “ratings” to meet and thus news gets skewed and I think we saw a bit of that last week with Dr. Oz.  Now I like Dr. Oz, but again I’m smart enough to see the ratings games that are played as the news came out the next day how his show blew Anderson Cooper out of the water, and that was our media top stories, ratings.  Back in August

of 2009, I made the post below so algorithmic formulas could be audited and validated for accuracy.

He addresses the credit card debt story and how distorted the news was in reporting the “non scientific” data and feels journalists should do more to correlate.  Scientists too are making big mistakes too.  The alcohol benefits discussion too is discussed well and how the crunching of numbers is impossible.  Below is one huge mis match that is nothing but full out marketing with relating a credit score to prescription adherence and I hope they are called on this one soon.

If you look at data in the wrong way, your can prove just about anything you want says Professor Siefe.  The need to be seen and academics with medical research is lousy he continues with statistics.  He states the British Journal “Nature” is notorious for publishing more junk these days he continues.  I wrote about all the horrendous marketing in healthcare a while back that skews reality.

He says it gets really dangerous with medical research with statistical games to get certain drugs on the market and nobody finds out how poor the drug is until it starts killing people. If you have not heard enough then read below on the dangers of machine learning when such stats become non questioned and they end up with machine learning technologies…..this is a huge danger is nobody questions the “dirty” algorithms and code.

People take round numbers less seriously he continues as far as believing, however when numbers are spoken for a specific dollar amount, people think that the numbers are correct and marketers know this, and we see this in the press too.  So now you can move on to the next chapter here and see the danger of such statistics that may be wrong and not related, gets into the heart of machine learning like what WellPoint is doing.  By the way if you read here often enough there’s a few stories on how they have missed on their algorithms on a number of times and now they want to use machine learning for some of their data? 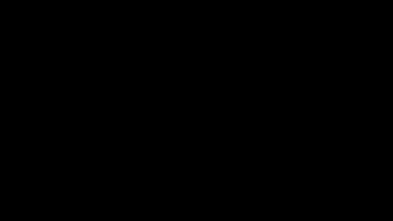 How Algorithms Shape Our World

One last item that bothers me too is research and take a look at this post here on how formulas are being approached like a game with Heritage and there are gamers working at it and again how much of what Professor Siefe said will apply here?

Will the Heritage results contain a lot of mixed numbers that a ton of coders are trying to relate?  I can almost tell you there will be some in there, not all, but some will exist, so we an wait and see if I hit the mark on that one as we seem to have forgotten how to treat research like

science and think just any old coder will do to stretch the imagination to correlate.  Check back here and let’s see how I do with this one:)  So far I’m right on with the Department of Algorithms from August of 2009 and had quite a few agree with me on that one.  Again this method is less than impressive and will have unrelated items connected for sure as the $3 million dollar carrot endorsed by our former HHS Director is hanging out there and someone will connect to get the cash for sure and work every tiny angle to support the relevance when in truth it may not be there but they will fight to the end to support it for the money, not for saving lives.

He doesn’t say all studies are bad or that all news reported is bad but he says try to put things in context and see if studies stick out and go against the grain?  Are you being forced to change you view on the world based on the results of just one study.  I think Professor Siefe is going to have some questions for a lot of folks as he announced on Twitter this week that he intends to file suit against the NIH, relating to spinning numbers and again I don’t know any more than that but will keep you updated as I hear more.  BD