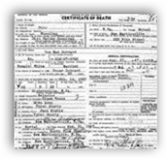 the physicians as well, simply due to the nature of the fraudulent billing.  In addition the former CEO of the Ohio Valley hospital was sued for draining endowment funds and hid information from the board while also making illegal payments to the doctors so it sounds like he was right in all of this.  BD

The deal ends an investigation into allegations that the hospitals submitted false claims to Medicaid and Medicare from January 2005 to August 2010. Both hospitals are owned by Ohio Valley Health Education & Services Corporation. OVMC is in Wheeling, and East Ohio is in Martins Ferry, Ohio.

Ihlenfeld said the penalty is severe because the compensation agreements the hospitals had with local physicians were improper under federal law and involved significant amounts of money.

Together, the two Ohio Valley hospitals have 340 beds and more than 1,800 employees.

The company also said it will work with the U.S. Attorney and the Office of Inspector General in the U.S. Department of Health and Human Services on a compliance program that ensures the hospitals exceed federal guidelines and expectations.

The administration has publicly said it's tens of millions of dollars in debt.