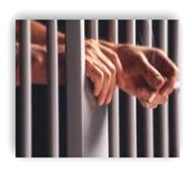 companies and I focus on this quite a bit as the big corporate office may not be able to work in certain areas, but the subsidiaries can and nobody seems to do enough questioning in these areas today, but they should, especially with buying and selling data and how it is used and potentially abused as well.

Guess what, this guy had a major lobbying effort going on too, so surprise there you might say.  50 years is a long time and I am guessing that when the case broke, the lobbying efforts may have had some influence on the long sentence given.  In addition in this scheme, patients benefited too with giving out their information for false billings, although their benefits were small compared to what the company did to benefit.  Records were manipulated so patients would have to stay longer and some patients had no clue what they were doing there at all and again only the patients who were coherent enough mentally were the ones who may have made a couple of bucks with divulging their Medicare numbers.

Just think of it folks, this is the shape of some of the folks lobbying Congress today.  This is where analytics can really help HHS and Medicare with tracking suspicious activities outside the normal parameters found with most claims too.

It’s all about those algorithms and that’s why that word hold center stage at this blog and those who have been reading here for a while are already in tune with what all this means.  We hear of one case after another coming forward and how everyone worked the numbers for years and here’s one more example.

It seems like the cast of characters in fraud takes on many faces so it can be internal, or it can be those who are awarded contracts, but one thing for sure, getting smarter with analytics ahead of starting an investigation is going to pay off and catch many.  BD

MIAMI — A federal judge on Friday sentenced a Miami man who had owned the nation’s largest community mental health center chain to 50 years in prison for his role in a $205 million Medicare fraud scam.

The sentence is the longest ever for a case brought under a Medicare fraud strike force.

Prosecutors said doctors and employees at American Therapeutic Corp. and its sister companies were instructed to alter diagnoses and medications to make it seem that they qualified for expensive sleep studies and mental health treatments. Patients suffering acute mental illness and on the verge of hospitalization were supposed to get intensive counseling, but federal officials said ATC didn’t provide any.

ATC also paid the owners of assisted living facilities and halfway houses to round up patients for their seven mental health centers in south and central Florida for therapy sessions that were never held. In some cases, elderly and infirm patients were left in rooms for hours and weren’t cognizant of where they were or what was happening around them, authorities said.