How often do we hear “risk” assessment in healthcare?  If you are in the payable and IT side of it, all the time.  It comes back again to the algorithms.  In Health IT this is why we have the certification processes for medical records, but when it comes to the payment side and risk management done by insurance companies, there’s not checking and balancing as we are at the mercy of their algorithms for risk assessment.  With steroid marketing today in healthcare, we have some situations too where such algorithms are overstated and oversold, but nobody does anything sadly.  It’s just the same old factor of fleecing those who see numbers and believe that all numbers and reports they see are accurate, not so.  Here’s a good post to read and listen to as the professor describes how math is and can be used to deceive.

When the dollar amounts are high to find code that can make big bucks, code gets written and we can track that back to AIG, it was all over the news.  It’s kind of scary but even our government folks at times speak at meeting and conventions and relay the same thing to attendees, write code and get rich, which is kind of weird for government executives in my opinion but I guess they too are maybe mixed up in all the steroid marketing that is going on today too.  We also get the other side to where they want developers to work for almost nothing too, so again are you confused with government sales pitches today like me?

What are they doing?  In the contest below when the dollars rewards are so high I can’t help but think if someone is in a spot to win $3 million they want their algorithms to apply and will go to great lengths to make a case, even if they are not fulfilling 100% accuracy and relativity, they want the bucks.

Granted there are more accurate assessments than not, but when it comes to making a buck, coders will skew and that’s some of the problem areas today out there as the reach extends to correlate data that in essence is really not related.  This guy on Wall Street knew back in 2009 that strange results were kicking out and it did not assess risk for the clients, they lost money.  Same stuff can go wild in healthcare calculations too as insurers are all profit oriented.

Another great article came out about marketing algorithms and it’s worth a read as well as the article states the algorithms are only as good as the data it sits on top of and he speaks of transparency, something we are not seeing enough of with some of the code written today.  He states that most of the marketing algorithms are skewed and flawed today for that exact reason, flawed data.  People want real value and of course this is forth standing in healthcare too and not “magic” formulas that disappoint and kick out flawed queries.  We have a credit agency selling that pretty much here with over extending their claims as taking meds and credit ratings may be interesting numbers to crunch but they are not grounds to determine if someone is going to take their prescriptions.

Even the Dow Jones has done this to a degree with what they call transparency but it’s not really.  We all know how data input over the years with medical claims is riddled with flaws, people make errors with data input or doctors had bad billers, and there’s a number of reasons for this but it is what it is. The only thing I can get out of this wanting to put Medicare claim data out there is the desire to pump up a company to make a ton of money doing a ton of work for a lot of expense to try to correct all the data before showing it to the public.  Shoot consumers don’t have enough time right now as it is and this is a waste and will not accomplish much at all; however law enforcement should and does have access to detect fraud and that’s where the information should rest and be available. 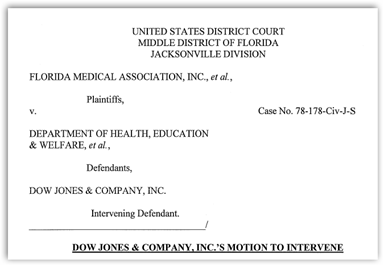 Just like the SEC found this Quant having flawed algorithms, DOJ and others are the ones to pursue this with analytics that they now have available with medical fraud.  It’s people who have never experienced medical billing and have seen the other side that get these hot shot ideas and kind of mis use transparency as their grounds for frivolous lawsuits and desires as such.  The big for profit folks out there with the rating sites don’t get it right either as all the hospital and MD rating sites have flawed data, more on that below and it’s been going on for years.  It’s find to maintain a listing and so forth, but again we have marketing over extended and over sold to the consumers.

We are surrounded by it and here’s on case below to where WellPoint put some algos online so you could figure out how to fix yourself.  It is any wonder consumers are not biting at the bit for all of this?

Below is a good example on making sure medical record software calculates accurately but again the payable side runs hog wild with what ever a new business model cooks up.

Sometimes those models get caught too with the consulting algorithms folks that insurers contract with too.  There’s more below at the links for some examples of business model algorithms that patients and doctors live with every day but nobody asks very many questions.

So again, just like this Quant on Wall Street knew of his flawed algorithms, how many are out there floating around in healthcare?  It’s a good question to ask when few are actually ever held accountable and the marketing on steroids continues to flourish.  I like data and the intelligence it brings for better care, but there’s always that other side that seems to have little or no accountability and this is scary in healthcare as we are dealing with people’s lives.  Worth a mention too is the MIB that does data mining and collects claim information from insurers along with other data.  There are stories on the web where consumers spend years trying to fix erroneous data that is used to “risk” assess them that they had in involvement with the input, and MIB has turned into marketing too in the last few years with their analytic software, so consumers just can’t win sometimes with trying to correct he flawed data in their files.  The link below has a video of a woman and her battle.  You know I kind of wonder with all the analytics out there and being use to risk assess patients, why are they not doing any better on fraud prevention?

When you stop and think of how complicated code is today, why do huge companies like Microsoft put out betas?  They do it to find flaws and issues they missed and that’s just the way it is with complexities today and I’m glad they do it and wish more would think in that direction as it’s all of us working together for accuracy and truth in numbers.  It still comes down to humans to use data wisely to make the best informed decisions possible and when the numbers get skewed and individuals believe that all the math presented to them is 100% accurate we have problems and people can get denied care and services in healthcare.  A while back all you have to do is look at the Arizona Governor who didn’t know how to use such formulas and could not find money in the budget to cover transplants, and it was there, others found it, but digital illiterate politicians are like walking time bombs out there for the rest of us as their mis informed decisions can impact all of us.  BD

Barr M. Rosenberg agreed to settle the charges and will pay the SEC $2.5 million for purposely hiding major errors in the computer code of Axa Rosenberg LLC's quantitative investment model.

The SEC's lawsuit says that Rosenberg detected the errors in 2009, but kept them quiet, and instructed other members at his company to do the same.

Investors in the fund lost $217 million because of the error in his algo.

The material error in the model's computer code disabled one of its key components for managing risk and affected the model's ability to perform as expected. Clients raised concerns about this underperformance, and Rosenberg knew about and discussed these concerns with others at AXA Rosenberg...

The Model consisted of three components: the Alpha Model, Risk Model, and Optimizer. The Alpha Model evaluates public companies based on their earnings and valuation. The Risk Model identifies risk on two primary bases – specific stock risk and common factor risks. Common factor risks include, among other things: (i) specific industry risks, which are risks associated with certain industries (such as oil, automobiles, or airlines); (ii) country risks, which are risks associated with particular countries; and (iii) stock fundamental risks, which capture price to earnings ratios and similar metrics. The Optimizer takes the output from the Alpha and Risk Models, balances them against each other, and recommends an optimal portfolio for the client based on a benchmark chosen by the client, such as the S&P 500.

Then in 2007, Rosenberg commissioned a new model of the risk model. Computer programmers finished designing the program in 2009, and noticed that it was spitting out weird ("unexpected") results.