When I say the algo messed up, according to this article she received no warning and nobody called to collect, no mail, etc. when they cut off the automatic credit card payments, so there’s the flawed algorithm in the fact that someone left out a tickler to put a parameter in place to create a report/data base on those affected so 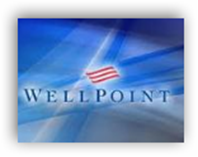 they would not lose coverage. I guess you can’t expect the executives to dole out all the required projects to the developers can you.  At any rate, that’s the deal and what happened it, it was math!

You can however still call up and give the number over the phone every month if you want to manually do the transaction.  Back on track here though, when a decision as such is made then you do need to alter your algorithms that are affected by such decisions for good customer service, but it sounds like that didn’t happen.  Is this why they want IBM Watson technology?  I think they might need it worse in house than they do for providers and patient to use first and same applies for those who make our laws, they need help with getting the data and information quickly to keep up.

So maybe I found the first possible application for Blue Cross with using their new IBM Watson technology?  Check your customer service algorithms and make sure all that affected when business models are changed are contacted in some fashion before you cancel them out.

This would sure save those who are insured a ton of stress and everyone wonders why are are so stressed as a county, stuff like this will do it every time.  BD

This is the latest twist in Anthem's decision to no longer allow members to make automatic payments with credit cards. As Kreuzhage's case illustrates, it may not be a smooth transition for many people.
She was told by the company that she was joining the ranks of the uninsured because she didn't pay her bill.
"This occurred either because Blue Cross did not receive your premium within 31 days of the premium due date, or because we did not receive sufficient funds to cover your premium," Kreuzhage, 48, was informed by letter.

In this case, what it wanted was access to Kreuzhage's checking account, rather than her credit card account.
Anthem announced a few months ago that it planned to stop allowing members to automatically pay their bills by credit card. For those still wanting to use plastic, they could call a service rep each month and give their card number over the phone, although this would entail a $15 "convenience fee."

But after receiving the letter about her coverage being canceled, Kreuzhage called Anthem and was told that the insurer was no longer charging premiums to her credit card.
Nobody at Anthem had called to warn her that her bill wasn't being paid, she said. The company didn't bother to send an email. It just waited for 30 days to pass and then cut off Kreuzhage's coverage.