This is actually a good idea as depending on what type of reporting one wants to gather you could analyze and find both good and bad results here and that’s the purpose of the project.  The fact that insurers and the public will not have access is a good thing as this is the stuff that basically they already have.  With pooling information in large sectors like this it may uncover some areas to where costing can be identified and problem areas as well. 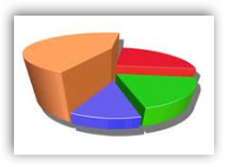 We just don’t want it to be used like the old out of network Ingenix data base where it was accessible and rates were lowballed for payment, and it appears with the research restrictions this should not be be the case.  In addition, it should not be sold either to substantiate the research and the insurers have enough money for that and besides this could sneak into being classified as patient care with ratios for patient care, but time will tell if it ends up encroaching over on the medical loss ratios for being compliant.

We might see a bigger costs in one side of the country for certain procedures than let’s say on the other side of the US for a real simple example.  Again, what we don’t want is for the research efforts to level out a low balled rate and then passed on to the rest of the providers as it just doesn’t quite work that way.  The fact that doctors and hospitals are not being identified is good also as we are just looking at straight claim data, no matter what doctor saw the patient or what hospital they

were in.  The fact that numbers can be compared to Medicare is also good so a real comparison factor can be seen on large data sets.

Again as long as it stays in a non commercial use and not for sale, then we might get some very good input here and address some areas for improvement and again whatever numbers and reports are produced, it should open up for some solution discussions and not algorithms to score patients for their care.  BD

Several major health insurers have agreed to provide their claims data on a regular basis to academic researchers, in an unusual agreement that they say will open a window onto the rising costs of health care.

About $2.6 trillion is spent each year in the United States on health care, an amount that is expected to increase by about 80 percent in the next decade.

While Medicare has made its data available to researchers, with certain confidentiality restrictions like prohibiting identification of individual doctors, information from private insurers has been largely piecemeal.

“Our perspective is that the nation needs greater transparency about what is driving health care costs,” said Simon Stevens, an executive vice president for the UnitedHealth Group.

The insurers say they will not have access to the aggregated pool of private data and the data will not be accessible to the public. The new institute will provide claims information to qualified researchers seeking to analyze the data, and it will make public twice-a-year summaries that identify changes in health care prices and use of medical services. These summaries might examine specific areas like maternity care or orthopedic claims, according to Martin Gaynor, a health economist at Carnegie Mellon University who will be chairman of the new institute’s governing board.

One of the critical differences between Medicare and private health plans is the variation in price that the commercial insurers pay to different hospitals and doctors for the same medical services. While Medicare generally pays a fixed price, with some adjustments for where a hospital or doctor is located and the like, private insurers may pay very different rates, depending on the characteristics of the individual market and hospital or doctor. “There’s huge variation across geographic markets,” said Mark Duggan, an economist at the Wharton School at the University of Pennsylvania. “It does not line up with Medicare.”