The Clinical Movement Assessment System (CMAS) is designed for a wide variety of medical applications and could potentially benefit health care professionals and facilities specializing in the areas of physical medicine and rehabilitation, neurology, orthopedics, and physical and occupational therapy.  Clinical trials began in January of 2010.

If you are old enough to remember the TV show “Get Smart” then you remember the agent’s telephone in his shoe, but this has been developed much more than just a phone and now one’s walking gate is measured from the “shoe”.  In the same way that PEIR monitors your travel habits, a CENS project called "footsteps" measures your walking activity.

Part of the study included “participatory sensing” in other words participation patients with systems that do not disrupt and distract.  In addition to healthcare there are a few other interesting programs going on at the NanoCenter.   Funding was given by an investor in the Los Angeles area.  The sensing in the shoe is also being expanded to using on a “bed sheet”.  Diabetes with sensing in the foot area was one of the first targets developed with the technology.

What is seeming to make this technology a little different in addition to running a clinical trial is the effort to make the technology “non disruptive” and we barely see that anywhere else but rather have developers creating more and more software applications that in fact take a good portion of our time and actually disrupt.  On that note, there are still those in executive and other type of jobs that can’t figure out why user’s are not jumping into their algorithms:)  I can’t even begin to think about all the social chatter that’s out there with experts who have never used the technology themselves but pound on the social networks telling everyone else about what is good for them.:)  Even all the way up to the government level we see that too and then find out, they don’t use any of the technologies or devices they profess:)

If technology like this can be developed and work without disrupting human life and still have success, there’s a lot to be said for that and it’s the way monitoring should be done versus the heavy “marketing”

approach we see in so much of mobile health today with so many having similar products with another company out there.  Shoot if we use too many monitoring technologies, we would have devices in our ears, on our neck, in our hair….well you get the picture, and with that every program requiring interactions that takes time. Planned and devised for human participation is key.  BD

MediSens Wireless, which in 2009 was one of the first startup companies selected for the UCLA on-campus technology incubator at the California NanoSystems Institute (CNSI), has received funding from a strategic investor in the greater Los Angeles area. The young company, the first to 'graduate' from the incubator, will now set up its own base of operations in Northern California.

The technology incubator was established two years ago to nurture early-stage research and to help speed the commercial translation of technologies developed at UCLA. It was inspired by the success of Nano H2O, a California startup that licensed water purification technology developed by UCLA researchers and conducted proof-of-concept research at CNSI.

MediSens, which focuses on the development and manufacture of personal body-monitoring systems for medical and health applications, moved into the incubator to begin commercializing technology invented by Majid Sarrafzadeh, a professor of computer science and engineering at UCLA's Henry Samueli School of Engineering and Applied Science and co-director of the Wireless Health Institute at UCLA. 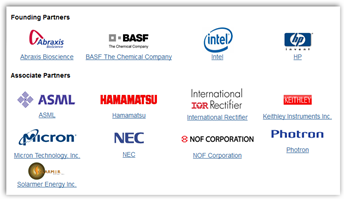 Sarrafzadeh and his team formed the startup when they created a "smart shoe" — a shoe equipped with a device allowing it to monitored remotely, enabling health care professionals to keep track of patients with balance problems, such as those with diabetes or those starting a new medication regime. This technology will be used to develop body-monitoring systems with specific applications for diabetics with peripheral neuropathy — the loss of sensation in the foot — and those with health issues that affect their balance.

MediSens began clinical trials in 2010 on its novel Clinical Movement Assessment System (CMAS), a wireless monitoring technology for assessing muscle and neuromotor functions in the upper extremities. CMAS is designed for a wide variety of medical applications and could potentially benefit health care professionals and facilities specializing in the areas of physical medicine and rehabilitation, neurology, orthopedics, and physical and occupational therapy, among others.

It is anticipated that the system will provide clinical assessments of fine motor movement, muscle strength, hand-eye coordination and patient responses to treatment. Repeat assessments could lead to early warning and detection of deteriorating conditions.

Additionally, MediSens-patented technology is being implemented on a "smart bedsheet" to monitor patients in bed in real-time, with quantifiably preventative objectives in mind.

According to Behrooz Yadegar, the CEO of MediSens, the company will move to Santa Clara in the Silicon Valley area, where it plans to double its staff — currently at five employees — within a year. At its new base of operations, the company plans to further product hardware and software development and begin marketing and development for its wireless technologies.

MediSens Wireless was the first spinoff from the Wireless Health Institute, which Sarrafzadeh helped create. UCLA's Wireless Health Community is made up of experts from many disciplines across campus, including engineering, law, management, medicine, nursing, public health, and theater, film and television.

The California NanoSystems Institute is an integrated research facility located at UCLA and UC Santa Barbara. Its mission is to foster interdisciplinary collaborations in nanoscience and nanotechnology; to train a new generation of scientists, educators and technology leaders; to generate partnerships with industry; and to contribute to the economic development and the social well-being of California, the United States and the world.

The CNSI was established in 2000 with $100 million from the state of California. An additional $850 million of support has come from federal research grants and industry funding. UCLA CNSI members are drawn from UCLA's College of Letters and Science, the David Geffen School of Medicine, the School of Dentistry, the School of Public Health and the Henry Samueli School of Engineering and Applied Science. They are engaged in measuring, modifying and manipulating atoms and molecules — the building blocks of our world. Their work is carried out in an integrated laboratory environment. This dynamic research setting has enhanced understanding of phenomena at the nanoscale and promises to produce important discoveries in health, energy, the environment and information technology.