This is not good and the employee had worked for the company for 18 years and one has to wonder if this is a way of weeding out employees with chronic healthcare conditions as it costs them more to insure such employees?  This is pretty bad that if you are a diabetic and having an attack that you can’t reach for a bag of chips to keep yourself from going into a diabetic coma or something along 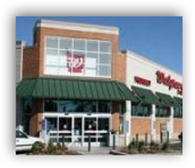 that line.  We hear of such tales and my own mother in her 80s has had some issues with Walgreens.

She’s also a diabetic and has been for years and takes her blood sugar twice a day.  Well the pharmacist at Walgreens came along when it was time to refill her prescription one time and said that she was all wrong that she needed to do this 3 times a day.  The bottom line of this whole store is that she even checked with her insurers who said twice a day was fine and so did her doctor, but the pharmacists at Walgreens was almost relentless.  What’s the deal?  Mom didn’t want to have extra strips around going to waste and was doing the right thing, but perhaps Walgreens was more concerned about the sale numbers here?  Turns out they could not do the auto refill for a number that equates out to 2 times a day and were forcing the 3x a day number.  After a lot of hassle, even with her insurer calling and saying the smaller number was ok, they finally begged off.  You can read more about it at the link below.

At any rate this is pretty cold if all the facts line up correctly and the fact that 18 years of service go down the tube over trying to perhaps save costs on insurance benefits, which is what it is starting to look like.  It was probably some policy that she violated while having her attack as not paying for the chips first or something along that line as that’s what companies do today with legal interpretations and splitting fine hairs and making bad guys out of people with health conditions.  As  a side note, the company says it’s data selling business is worth just under $800 million so are we in to drugs or data?  BD

The sacking of a Walgreens cashier who ate a $1.39 bag of chips during a diabetic attack in 2008 and paid for them later has drawn a lawsuit from the U.S. Equal Employment Opportunity Commission.

Josefina Hernandez of San Francisco had a clean record in nearly 18 years of service to the drugstore giant. Her supervisors knew she had diabetes, a disease that calls for careful monitoring and regulation of blood sugar levels.

“I almost always carry a piece of candy in my pocket for situations when I feel my blood sugar getting low, but I didn’t have anything on me this time,” Hernandez said in a statement on the EEOC website. “I knew I needed to do something quickly, so I reached for a bag of chips and paid for them as soon as I could. I worked for Walgreens with no problems almost two decades, so I am very upset to lose my job over this.”