I think this is just the first of a ton of chapters on these types of stories as every where you look, re-admissions is in the news and how to keep this from happening.  Granted it is a good thing to draw attention and work on it by all means and there are all kinds of collaborated solutions but in this case many feel the software was faulty to a degree.  That can happen by all means.

checked in on the $3 million dollar carrot here in California in search for the perfect algorithms to predict who would be re-admitted, the site looks more like it designed for gaming, so there’s one more area where instead of looking for guidance someone believes there is an ultimate formula that can be broadcasted and used al the definitive rule…wrong.   This one at Heritage has the blessing of former HHS director Leavitt too so maybe he thinks this is true too?

Data and analytics make us smarter and we gain a ton of knowledge, but the digital illiterates who have never written a stick of code seem the only ones who think there’s an ultimate formula for all of this.  The word is guidance and education and not a secret sauce formula.  I had to laugh when I heard a Senator ask Google the other day if they had cooked up some secret sauce, hilarious!

To continue on here, the Massachusetts Hospital Association was not very happy with it either and further went on to say the 3M PPR system was not appropriate 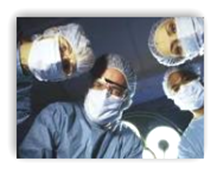 and that the state’s own experts had already rejected it as the “secret sauce” and there were more items that go into the judging process other than the 3M algorithms.  One hospital was put on the list in error and I removed it and didn’t include on the list from the original article, so see how accurate they are.

This is what happens again when someone or a groups of folks who again have written a stick of code get blind sided and think some algorithms can give them the ultimate accurate results to judge other with, instead of being smart and using the results to encourage and educate and perhaps look for other areas to improve upon.  In the meantime though, keep selling those algos to those who think all have the “secret sauce” cooked in as there’s a ton of takers out there that need learn up and use statistics wisely and constructively.  Along with improved digital literacy we have this on the horizon too <grin>.  BD

Twenty-four hospitals across the state are facing financial penalties because their so-called “potentially preventable readmissions rates,” are too high, according to MassHealth administrators.

The penalties, slated to take effect Oct. 1, are part of the new, 2012 rate contracts between the state and the 65 hospitals who care for MassHealth patients. Hospitals deemed by the state to have too many re-admitted patients will be hit with a 2.2 percent reduction in their standard payment amount per discharge, or SPAD.

Here’s the list (from the state) of hospitals facing the financial penalty: