There has been a lot of news of late with insurance carriers buying out IPAs and HIMOs in southern California and today we have one more.  Recently you had United Health buying up Monarch in Orange County and Blue Cross buying up 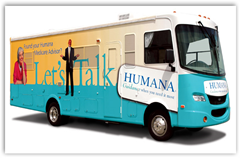 CareMore for 2 giant purchases and both have very large memberships of both doctors and patients.
You have to read through this press release though will the long “cautionary advisory” to investors/SEC information where they talk about a number of issues to include the lawsuit that is on going with the legal suit with United Healthcare challenging the awarding of the Tri-Care contract back to Humana.  If you have not kept up with that legal mess, check out the link below for a little history.  United was the new award, but problems were found so the contract went back to Humana.

DOD for the Tri-Care contract because basically they feel they just want it and the money of course.


Update: UnitedHealthcare Sues Department of Defense Over Tri-Care Contracts–They Said They Would Do This – Is This A Case Of My Algorithms Are Better Than Yours?

So I assume this is why all the cautionary information for investors in case Humana loses the case and the multi million dollar military contract would go back to United.  Stay tuned on that one and there are a number of other smaller disclosures stated within the press release and I don’t know what the financial status of MD Care was at the time of purchase as some are profitable entities and some are either borderline or are operating in the red today.  BD
Press Release:
LOUISVILLE, Ky.--(BUSINESS WIRE)--Humana Inc. (NYSE: HUM) announced today that it has signed an agreement to acquire MD Care, a California-based Medicare Advantage HMO with approximately 15,000 members in Southern California. Terms were not disclosed.
MD Care was founded in 2007 and offers Medicare beneficiaries a choice of plans with comprehensive and value-added alternatives to traditional Fee-for-Service Medicare, including Medicare Advantage medical plans; Medicare Advantage - prescription drug plans (include medical and drug coverage); and Medicare Advantage special needs plans. MD Care’s members reside in four Southern California counties: Los Angeles County, Orange County, San Bernardino County and Riverside County.
“As Humana continues growing its Medicare business in the western U.S., MD Care offers an opportunity to expand our Medicare footprint and the suite of products and services we offer in California,” said Thomas J. Liston, senior vice president of senior products for Humana. “As one of the nation’s leading Medicare companies, with more than 4.3 million Medicare members nationwide and more than 200,000 Medicare members in California, Humana is committed to continued growth in California.”
MD Care’s 2010 revenue was $155 million. The transaction is subject to both federal and state regulatory approvals and is expected to close in late 2011. Humana’s acquisition of MD Care is not expected to materially impact its financial earnings guidance for the year ending December 31, 2011.
About MD Care
MD Care has contracted with primary-care and specialty physicians, as well as hospitals and other medical providers who are some of the most respected in the communities they serve. At MD Care, doctors are encouraged to be involved in their patient-care decisions. MD Care offers Medicare beneficiaries a choice of plans with comprehensive and value-added alternatives to traditional Fee-for-Service Medicare. MD Care focuses on meeting members’ needs, from enrollment through the entire continuum of care.
MD Care’s medical-delivery model focuses on preventive care, health maintenance, and access to health services which are safe, evidence-based (supported by published medical evidence) and quality driven. MD Care’s mission is to serve the Medicare population with outstanding medical care, wellness programs, and superior member service.
For more information about MD Care, visit www.mdcarehealthplan.com.
Cautionary Statement
This news release includes forward-looking statements within the meaning of the Private Securities Litigation Reform Act of 1995. When used in investor presentations, press releases, Securities and Exchange Commission (SEC) filings, and in oral statements made by or with the approval of one of Humana’s executive officers, the words or phrases like “expects,” “anticipates,” “intends,” “likely will result,” “estimates,” “projects” or variations of such words and similar expressions are intended to identify such forward-looking statements. These forward-looking statements are not guarantees of future performance and are subject to risks, uncertainties, and assumptions, including, among other things, information set forth in the “Risk Factors” section of the company’s SEC filings, a summary of which includes but is not limited to the following:
In making forward-looking statements, Humana is not undertaking to address or update them in future filings or communications regarding its business or results. In light of these risks, uncertainties, and assumptions, the forward-looking events discussed herein may or may not occur. There also may be other risks that the company is unable to predict at this time. Any of these risks and uncertainties may cause actual results to differ materially from the results discussed in the forward-looking statements.
Humana advises investors to read the following documents as filed by the company with the SEC for further discussion both of the risks it faces and its historical performance:
About Humana
Humana Inc., headquartered in Louisville, Kentucky, is a leading health care company that offers a wide range of insurance products and health and wellness services that incorporate an integrated approach to lifelong well-being. By leveraging the strengths of its core businesses, Humana believes it can better explore opportunities for existing and emerging adjacencies in health care that can further enhance wellness opportunities for the millions of people across the nation with whom the company has relationships.
More information regarding Humana is available to investors via the Investor Relations page of the company’s web site at www.humana.com, including copies of:
http://www.businesswire.com/news/home/20110923005117/en/Humana-Announces-Agreement-Acquire-MD-Care