Here we go again, it’s the contracts and the costing algorithms of the insurance companies that are their business models that determine what reimbursement will be.  The article states that now they are “close’ to agreement so maybe this won’t

last too long, but in the meantime you can’t go there as of Setember1st and letters went out back in February that this would come around, and it did.  See how long it takes to negotiate insurer contracts today?   This means for right now you can’t go there or visit some of their physicians to get care where Steve Jobs reported went for some of his care.  About a year ago they opened a premier medial school.

It’s complicated and their algorithmic business models have to allow for the projections they have analyzed and determined with their predictive software. Blue Cross has an entire IT infrastructure for this to calculate and sell to clients too, have had it for a while.  Now Stanford is pretty advanced with everything they do all over and I would expect nothing less here so in essence we may have this with the contract negotiations…as a matter of fact Stanford is probably giving them a real run for their money:)

The battle of algorithms…that’s what contracts pretty much amount to anymore.

The care given relative to Catheterization is very superior and you should read about their advanced MDs and procedures and outpatient procedures.  Sounds like Blue Cross though says we don’t want to pay that much for it maybe? 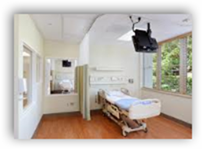 And they have the very much anticipated clinical trials for stem cell treatment of the spinal cord.

Anthem filed a letter of transition with the State Department of Managed Care and as I read here access to the doctors will be extended until September 16th.  One nice plus though here is that transplant patients don’t have to make a change, thank goodness and the ER rooms don’t require pre-authorization so maybe Stanford ER rooms might be a little busier.  They have been going at this since before February on a new contract.  It further states that Blue Cross HMO has the right to send patients to another doctor.  If one is PPO you might face higher co-pays since I would maybe guess you could be subject to out of network charges.  Just a couple months ago HP committed $25 Million to the Children’s Hospital and Intel has kicked millions to the University as well.

All of this with medical care today just really stands to strengthen the need for a Public Option for sure.  Contracts leave peoples lives, and in the case of the doctors, their livelihoods up in the air.

Again Stanford is world known for their technology with healthcare, but we are like I said, back to those costing algorithms and with Blue Cross figuring out how to maximize share holder dividends.  Insurers can’t negotiate a contract in a years' time so its time for inconveniencing patients and consumers off in other directions as deadlines today seem to mean zero as far as getting that part of the job done.  BD

Patients with Anthem Blue Cross health insurance stopped having coverage at Stanford Hospitals and Clinics on Thursday (Sept. 1) after contract negotiations were not resolved, according to an Anthem document Palo Alto Online received yesterday.
The contract termination means that Stanford University Hospital, Lucile Salter Packard Children's Hospital (LPCH) and Stanford Medical Group might not be in the Anthem insurance-plan network. Authorizations and copay amounts could change for patients with the HMO and PPO plans, Lucile Packard spokesman Robert Dicks said.
The hospitals sent Anthem a letter on Feb. 25 informing the insurance giant of the termination on the contract's Sept. 1 expiration date.