Home » Insurance » Medically Related » Other Items of Interest » Hoag Hospital Lays Off 175 Staff Members- St. Joseph Cutting 144–Layoffs Occurring Even Within the Affluent Areas of Country–All Comes Back to Reimbursement

Hoag Hospital Lays Off 175 Staff Members- St. Joseph Cutting 144–Layoffs Occurring Even Within the Affluent Areas of Country–All Comes Back to Reimbursement

Even in Newport Beach, California hospitals are feeling the pinch and you can read below it all comes back around to reimbursements.  Hoag hospital works with Aetna Insurance’s IT subsidiaries (Medcity) to connect doctors and health data.  In Health IT areas it’s getting down to the linking and competiveness of the insurance IT infrastructures going way beyond just processing medical claims with all the various subsidiaries that are out there today and sometimes hard to recognize as some have some pretty long daisy chains. 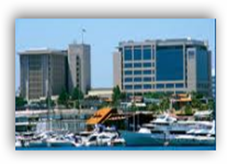 They are doing a lot in the way of new technologies as shown below so robot’s in and employees out, but the article indicated that the layoffs are not in the clinical areas, just in the administrative side. The ER room uses modern RFID technology to keep track of patients too, again a lot invested here and they do a good job.

Hoag is a good hospital but has it’s incidents like any other in the US, but items as such always make the press but realize any of this can happen at any hospital at any time so hospital ratings really don’t do much that we see on the web, plus they in the case of HealthGrades they can’t even keep the doctors names straight with where they practice.  I have clients of mine listed a hospitals they have never set foot in so use reference on the web wisely.  The situation below is really sad as they were doing a good thing to try out breast cancer therapy that didn’t use isotopes and the machine had issues and patients were harmed.

In addition one other large Untied Healthcare acquisition of Monarch IPA is making all hospitals in the OC nervous as it represents such a huge chunk of the HMO business here and at charity functions for Hoag they have always been present so it goes to say that Hoag has a large number of patients under the Monarch umbrella.

Actually with some big conglomerates like United and the long daisy chains of subsidiaries they own enough companies to theoretically be able to bring a drug or device to market to include consulting with the FDA and so forth if they were awarded contracts in every aspect of the process, pretty scary to think that the big insurers have grown this big in a short amount of time via acquisitions.  Pay attention to this fact if you want to know where your dollars spent go.

I just received a mailing the other day that Hoag is opening up another clinic in Huntington Beach soon, which is an extension of their services with offices with provider care, i.e. doctors:)  So expansion seems to be in the clinic area while the administrative areas of the hospital are cut back and we can’t forget that clinics who are affiliated with hospitals get a bit different compensation from Medicare so thus the reason for expansion and some hospitals buying up medical practices.

Anyway you can see how even hospitals in affluent areas of the US are being hit with economic conditions and the costs involved with IT Infrastructure upgrades and how costly they are.  Harvard Medical said their ICD10 costs were ranging up around $5 million, a far cry from what HHS has estimated too, so we need some folks here in the government to work a little bit harder on their data I think as it’s not panning out the way they thought.  BD

Hoag Hospital has cut 3.5% of its staff, mostly in non-clinical positions, a hospital spokeswoman said Tuesday. That's about 175 of the 5,000 people who work for Hoag systemwide.

The hospital had been preparing for changes in the industry as the government plans major reforms in medical coverage and reimbursement.

Last year Hoag renovated and reopened the former Irvine Regional Hospital and also has developed a community-based network of facilities and services.

"What we could not predict was how the combination of the weak economy, high unemployment and the shift in the way insurance companies pay for care would force us to take action sooner than anticipated and accelerate our transition plans," said Nina Robinson, spokeswoman for Hoag Memorial Hospital Presbyterian in Newport Beach.