When you stop and look back on how the reform law was created with the give and takes, every day you can see in the news that the omission of a public option would have truly completed the framework for the US law and now everyone blames the President, but how can you do that when you end up passing a law that was fragmented due to lobbyist efforts and as you can see things have changed a lot in 2 years.  Insurance companies have gone on huge buying sprees for Health IT companies to make money in those area outside of just selling premiums.  You see it all over today with Untied Health and Aetna and I call it “subsidiary watch”.  We have the GOP I guess to thank for this with continued digital illiteracy in their stands and just basically what we hear today coming out of their mouths with all the OMG stories in the press.  They still live in the old days and keep trying to force old methodologies our way and they just don’t work.

Now back California, it’s already hard enough to find doctors who will see patients covered by Medicaid and this will make it worse with what the projected cuts are of 10% less reimbursement for doctors and co-pay and visit charges.

With all the health insurer mergers and acquisitions we are entertained today by headlines about the folks in Health IT marching on Washington, for what, bigger insurer profits?  All of Health IT is not owned by insurers so at this blog I try to point those out who are not and can also offer good services, etc. without being owned by a corporate conglomerate and the key is to not any them get too big as that’s the insurers come knocking to buy them up.

If we had approved a public option, things would have been different by now and there could have been some who can afford, paying premiums in but it didn’t work out that way and some folks couldn’t use high tech to model and project this and I kind of guess the White House knew some of this, but hands are tied.  It’s more important to see side shows about abortions these days rather than tackling the real issues out there. Things changed too over the last couple of years and lawmakers don’t get that and today you can’t hardly wonder through the world of healthcare without somewhere along the line dropping some money into the United Healthcare till as they are everywhere, imaging, medical records, banks, medical claims, wellness, behavioral analytics, HIE, and more with partnering with drug stores, the YMCA and more.  Even the VA, through acquisitions they made is in business with United so again they a drop in the till all over the place and some may be small contributions but they all add up for shareholder profits. 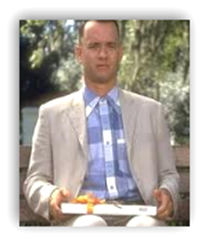 We don’t even have judges that can figure this out as they get caught in their own conflicts of interest with not keeping up with acquisitions in healthcare and wit the amount of data and items to look at, each ruling is like another box of Forest Gump chocolate, we just don’t what we are going to get:)

You have Dr. Berwick over there at Medicare trying to do the right thing and he’s actually participating in Medicare personally himself now with his last birthday, but how’s he supposed to impact all of this?   He doesn’t have control over all this outside his area of Medicare.

to take all of their business and in hind their fears I think are pretty unfounded as if this keeps going the way it is and with bad economic conditions, why not have the President come in and do a Roosevelt and take them all over?  It’s been a while since something like this has occurred in the US but it’s not getting any better and laws are not keeping up with the hi-tech algorithms running the insurance business either, they just keep adjusting and bringing out new business models they can construct in as little as 48 hours. That’s one way to get your hands on new technology when companies are so corrupted that they can no longer serve the public interest.

If California doesn’t work, there goes the whole system and again, with a fragmented law passed that took out some of the very need cores, we have what’s out there today, a mess and insurers just making record profits and moving into more and more areas of healthcare with algorithms to control cost and sadly some of the care we get.  It may not be to late to consider a public option either but again if California falls, so goes the rest.  BD

Reporting from Washington -- For more than a year, as conservative states have battled President Obama's sweeping healthcare law, California was supposed to be a model that showed the law's promise.
But the state is emerging as one of the biggest headaches for the White House in its bid to help states bring millions of Americans into the healthcare system starting in 2014.
Though still outpacing much of the nation, cash-strapped California is cutting its healthcare safety net more aggressively than almost any other state, despite billions of dollars in special aid from Washington.
And state leaders are pressing the Obama administration for permission to place some of the toughest limits in the nation on government-subsidized healthcare, including a cap on how often people with Medicaid — the healthcare program for the poorest Americans — can go to the doctor.
A decision on some of California's requests is expected this month. If approved, the limits could open the door to deep cutbacks nationwide.

California already spends less per beneficiary than any state. It is now seeking waivers from the federal government to impose copays of $5 for office visits and prescriptions, $50 for emergency room visits and $100 for hospital stays. Few other states come close to charging Medicaid recipients that much.
Cost sharing in Medicaid is tightly restricted under federal law because it can discourage people from seeking needed care. A family of three at the federal poverty line makes just $356 a week.
The state plans to limit Medicaid beneficiaries to seven doctor visits a year, with exceptions for essential care. No state has imposed such stringent limits.

Many doctors have already closed their doors to Medicaid patients. Other providers are following suit. In June, Sharp Coronado Hospital in San Diego County stopped taking new patients at its facility providing long-term life support.
"I'm afraid no one is going to take these people," said Chief Executive Marcia Hall.

"We want to honor the flexibility that the states need and want," said Dr. Donald Berwick, who heads the federal Medicaid and Medicare programs. "But beneficiaries are also having a tough time, and we want make sure their interests and access are being protected."