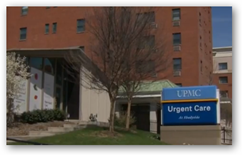 hospital in the US, about a billion a year in excess revenue, which is how profit is described for non profits.  The former mayor filed a lawsuit to take away their non profit status and this mayor said he will continue with the suit.  In the mean time we have employees staging a protest wanting to unionize over low poverty wages.

Now for the data breach, about 27,000 employees are last said to be potentially affected. 788 employees have already reported some form of tax fraud and several have had bank accounts wiped clean.  This is terrible.  I keep talking about “hospital inequality” just wrote another post about “desperate hospitals” looking to Prime Healthcare to buy them to keep the doors open.

Most employees average around $12.63 an hour the article said and sure when a billion in excess revenue is made every year, sure this becomes an issue.  The employees even went on a week’s fast to protest the low wages.  Among their complaint are the fact that UPMC closed several facilities in low income areas only to open new ones in high income communities.  UPMC is Pittsburgh’s largest employer.

On top of all of this there’s the UPMC-Highmark Health/network, Insurance battle where UPMC is denying care to those insured by the largest insurer in the area.  UPMC considers Highmark a competitor to their own in house insurance plan.   Highmark a not for profit insurer bought West Penn Allegheny Health and now operates with everything under one roof, like Kaiser Permanente does.  BD

Following two days of protests outside of UPMC's Downtown headquarters, Mayor Bill Peduto will sit down with UPMC CEO Jeffrey Romoff today to discuss many of the issues around living wages and unionization that upwards of a thousand protesters brought to the sidewalks of Grant Street.

But the meeting -- which was not set in response to the protests -- will have other topics on the agenda, including whether the medical conglomerate will give anything to the city i 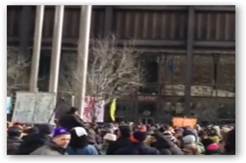 n the form of payments in lieu of taxes. As a purely public charity, UPMC is largely tax-exempt. Mr. Peduto said he planned to continue a lawsuit started by his predecessor, Luke Ravenstahl, to strip it of its public charity status and said Tuesday that it could be used "as an opportunity for discussion" as he continues negotiations with UPMC.

And he also plans to insert himself in the icy stalemate between UPMC and Highmark, which could leave Highmark subscribers locked out of UPMC's facilities next year.

"No employee of UPMC should have to live in poverty," he said. "Their economy dictates the way this state operates. They have the ability to transform neighborhoods."