Home » Insurance » Medically Related » My Commentaries » Other Items of Interest » It Will Never be 100 Bottles of Beer, Healthcare, Financials, Etc.-A Simple Explanation and Guide To Think About With Reports and Analytics Floating Around Out There Today When You Look for Value..

It Will Never be 100 Bottles of Beer, Healthcare, Financials, Etc.-A Simple Explanation and Guide To Think About With Reports and Analytics Floating Around Out There Today When You Look for Value..

Paul Wilmott is great and cuts right to the chase.  This is a clip of the video that’s always in the footer of my blog if you want to watch the entire documentary about Quants and learn up a bit.  I like it because it is one of the few I have found that explains things at a level to where the layman can get an idea of what’s really going on out there and maybe

help foster some new perceptions and thoughts about the virtual worlds and the real world.  These folks that create math formulas know what’s going on.

When you look at this Indiegogo crowd funding effort here, it’s like what are these folks doing with their code, did they forget physics, do they think they can over come it?

In a very simple way he explains non linear data use and why the real world values of 100 bottles of beer may never appear in the virtual worlds of math models as there are all kinds of outside influences that can nullify all the projected numbers are given all the time.  Important to keep that thought and be a skeptic when you need to be.  The healthcare and how you get it is based on models like this, but not as simplistic.  You may see all kinds of projections but the relationship your doctor has with other doctors in the US maybe are not there, same with hospitals so you are never going to get that goal of “100 bottles of beer” or a 100 bottles of healthcare:)

The laws of physics don’t change and here’s one more clip that explains a bit of that too.  Economists, they don’t have laws he states…it’s just an idea and yet we hold them on such high platforms of being an expert?  How many bottles of beer are the economists talking about, you might ask?  Have they used one choice of what Dr. Wilmott stated above in assuming the the cost of 100 bottles will be twice the cost of one pound?

This further comes into play with a lot of the big data out there today with claims of being able to accurately score you in many areas.  We have what is called linear data which is what we have

used for years and that’s pretty credible as we are working constants and fact that are steady, but even then some of that can be flawed too as far as the content.  Now as I discussed at the link below we scoring like FICO uses that says all they need is your name and address to score you to see if you will be “medication compliant”.

The problem with some of the scoring out there today is the same process, you are never going to be equal to that 100 bottles of beer and that’s the kicker as folks interpret this scoring as if you are that “real world” value of 100 bottles of beer.  This real world value comes into play as you are either given or denied access on the fact that it may be one bottle of beer or two hundred as Dr. Wilmott states.  What kind of science is this?  Again reference the

Indiegogo link above and these guys think they found their model with math but again we have a conflict with the “real world of physics” and we have the same thing going on with data analytics and scoring.

So now the next step of course is a new model that looks for “fraud” or tall tales you could say in what the original data and/or story is telling you.  What sort of context is being used as well.  Anyone in the data field knows right up front you can use data to paint a story that can make you look either like a hero or a zero.  The selfies out there today of course like the first option and we see enough of that out there:)  So heck, you want one of the data scientists geniuses for your company, no problem as you can get one in 12 weeks and Facebook is sinking a lot of money into this one.  Will these folks be grounded to interact with the “real world” with a goal of getting 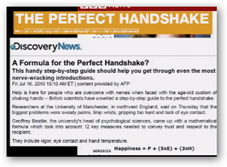 It’s hard to tell the good stuff from the duping anymore.  If you want to watch some additional videos on that topic there’s the Algo Duping/Killer Algorithm page that has more, people smarter than me speaking up.  We are finding more and more that the models of a lot of the software created don’t work either as flat out “people don’t work that way”.  The web is full of frustrated developers trying to get humans to act like bots a times and even after all these years Google is doing a study to figure out how humans work, and I guess after years of hiring them they must have found a big blank here, maybe?  I thought it was strange that Larry Page comes out with this proclamation about medical records…is he on top of 100 bottles of beer here or claiming we can get 200 bottles?  You tell me how reliable this type of non linear exploration might be?  He’s in a business focused on ads and making money, so dipping in here without enough knowledge on what’s happening in this industry made a lot of news but not a lot of sense.

Now this guy makes sense and you can watch the entire video in the footer below too, if math is bogus, folks just still buy in and researchers buy in to this as well.  This is Charlie Siefe a mathematician at NYU and he explains the bogus silly press reports a little further.

also make profits for their creators as well as give us decision making knowledge.  So when you look at what comes up with the data brokers, are you being evaluated like 100 bottles of beer, getting answers with real world values or are you falling in to the gray areas out there today.  The analytics of the data brokers will show you might only be worth 2 bottles of beer when in fact you are worth 200.

We have more “junk science” developing out there today, so much in the fact that some companies have gotten rid of their HR Departments as they found too much of this Algo Duping “junk science” living there too with too many thinking they were getting 100 bottles of beer too.  It’s pretty crazy what HR departments are doing today and sure you need some skill testing but they too are not getting their value either, again “people don’t work that way”.  This is a great essay to read and kind of tells you to be a skeptic when you need to be.

So again when you see all these reports and projections, give it some thought as to whether you thinks there is real value or not.  When you go to the doctor next time, are you able to get that 100 bottles of beer (translating to medical care here) or are you being subjected to some analytics that will only give you 2 bottles of beer.  We know cost is an issue here and there are decision making intelligence items to be considered for sure and that’s not going away anytime soon as we all look to save money and what I am talking about here is the stuff that comes along for the ride that maybe is not really part of a visit with a doctor that someone wants to get their hands on to sell.

Is someone out there with computer code trying to defy the laws of physics to make a buck maybe?  I am being judged by some non linear nonsense that will only allow me to have 2 bottles of beer versus the 100 I need for care?  What about the banks and financial companies with their projections?  Are they hiding those 2 bottles of beer on top of not giving me the other 98?  (grin).  BD