Home » Insurance » Medically Related » My Commentaries » Stan Brock of Remote Area Medical Addresses US Congress On Behalf Of the American People Who Have No Access to Healthcare Due to a Damaged and Broken System..

Now this is news while everyone was busy fiddling around with the CMS MD claim data base.  This is much more important than that because we are talking the real world here, not the virtual 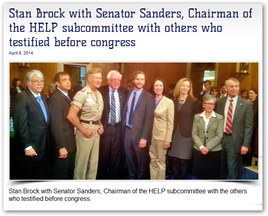 world of Medicare Claims from US doctors and you won’t find any of that here as Remote Area Medical is supported by donations only.  I have taken his speech from the RAM website so you can read it below.  RAM just finished a clinic in Las Vegas over the weekend.  We all suffer at some point in time from “The Grays” in being confused on virtual values and the real world value where they do and maybe should not intersect at times.  People not getting healthcare is very real, no virtual here.  All the crazy valuations for virtual companies and the hype move this along as well.

I made a recent post too that death panels have not gone away, they are just algorithms now that stop everything when they don’t work together.  In North Carolina, 10,000 went 90 days without food stamps because the IT infrastructure, aka the algorithms were not working.  There’s one of the examples of the reformatted death panels, can’t see it, touch or talk to it as it runs on a server.

Nobody wants to talk about inequality at hospitals either as many just keep closing, both rural and in metropolitan areas.  Instead we get this insane CMS 5 star rating system news.  Things changed in a couple years and the ones with money will easily float to the top of the list, so value is kind of gone away in the rating business, we just want to know which ones are going to be left when we need care.

That right there is also yet more sign of the growing problem of inequality as those folks over there sound like they are completely out of touch.  Below you can read the address that Stan Brock made to Congress today.  Here’ a recent report from the Daily Show.  BD

Stan Brock: A Voice for the Forgotten

Stan Brock addresses congress on behalf of the American people who have no access to healthcare due to a damaged system: Stan Brock's Speech in full to HELP Subcommittee Hearing - Addressing 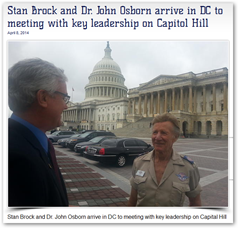 Primary Care Access and Workforce Challenges: Voices from the Field:

"Welcome to America – number 37 in the World Health Organization’s country rankings! I am a voice for more than half a million patients that REMOTE AREA MEDICAL®, (RAM®), has treated free of charge in 723 mobile medical clinics during the last 28 years. I know what it is like to be poor and without help. I am one voice of the millions of people who are not a part of our healthcare system. They have been left behind and forgotten. I speak for them today.

I came from a place where there was no doctor, living with the Wapishana Indians in the upper Amazon. Their only recourse, when faced with catastrophic injury or sickness was a tribal witch doctor. But at least they had that. Some of the sick that we see here in the US have nowhere to turn. That is why I created RAM®. When I suffered a serious injury, one of the Indians said, “The nearest doctor is 26 days on foot from here.” I felt then what so many in our nation feel today, when they need a doctor and cannot get care. For millions of Americans, they might as well be 26 days on foot from the nearest doctor. In fact, one of our patients recently walked 15 miles because he was desperate for medical attention.

Health care in America is a privilege of the well-to-do and the well-insured; that leaves about 50 million people flat out of luck. These families live in fear of injury and sickness with no insurance or not enough of it.The predicament of these millions of marginalized Americans raises questions of morality, injustice and education. Poor education begets poor health. Poverty feeds on poor nutrition which creates obesity, diabetes, heart disease and cancer. The vicious cycle lies in wait for each child enslaved in poverty as they pass from beneath the security of state and federal programs into the barren wastes of adulthood.

Many, nursing mouthfuls of decayed and abscessed teeth or suffering from fading vision, will inevitably join the long lines of desperate patients at a RAM® free clinic. I have looked into the distraught faces of Americans imprisoned by poverty, from child to grandparents, all generations lining up by the hundreds in places as diverse as Los Angeles, or a fairground in the mountains of southwest Virginia. I have seen our elderly in makeshift wheelchairs, people clutching precious numbered scraps of paper, their RAM® free clinic ticket to relief from unnecessary agonizing pain and sickness. They cannot afford healthcare. This leads some of our American families, with their children, to sleep in tents and cars, often for over 24 hours, waiting for a RAM® event to open its door.

Blindfolded, you can stick a pin on a map of America and wherever it lands, you will find hundreds, i

f not thousands of sick hurting people in need of care that they cannot obtain.Our people are living in sickness and pain and in need of basic medical attention.

At RAM® clinics, dental care is the greatest demand with vision services a close second. 85 million Americans do not have dental insurance and half of those can’t afford to pay for a dentist without it. What are they to do? Hospital emergency rooms don’t do dentistry and they don’t make glasses. In most cases, Medicaid does not cover dentistry or vision for adults, and finding a Medicaid practitioner to provide treatment can be a real challenge.

RAM® is not a solution to the American healthcare crisis. We need to be in places like Haiti, not Tennessee and California. RAM® bridges the gap for those suffering needlessly in our system. A RAM® event is logistically strained at 1,200 patients a day and we are forced to turn away hundreds and sometimes thousands of sick people.Our healthcare system has failed our people because they either do not have access or they cannot afford it.

As a result of the great need of those who are sick or injured, we have reached out to legislators for help. In 1995, RAM® asked the State of Tennessee to change the law to allow out of state licensed practitioners to provide free care to underserved patients in Tennessee. This highly successful program attracts 60 percent or more of the medical volunteers at RAM® events from out of state. A total of 12 states have now adopted the Tennessee model, but this process has taken 20 years. Doctors are still calling me to say that it is easier to volunteer their services in places like Guatemala than it is here in the United States!

(Holding up 2 Pictures) Is this 1936 picture of a depression era mother in California any more revealing than this 2012 picture of a thousand Americans holding up their hands appealing for health care before daybreak at a RAM® free medical event in Bristol, Tennessee? Where have we gone wrong, in the last 76 years that separates these iconic images?"

Here’s the trailer from the documentary about Remote Area Medical.  BD