Home » Medically Related » My Commentaries » Technology » ICD10 Enough Already, Set Up Some Risk Pools To Help The Poor Hospitals That May Not Have Enough Money To Come On Board When the Next New Date Approaches..

ICD10 Enough Already, Set Up Some Risk Pools To Help The Poor Hospitals That May Not Have Enough Money To Come On Board When the Next New Date Approaches..

Nobody wants to talk about this we have hospital inequality…so I’ll say it again.  Hospitals with money are complaining due to their investment to meet the original date.  It’s a break for the poor hospitals to get credit lines and have more time to set up.  Ok so we know you lost money on your investments but are the poor hospitals to blame because they are poor?  Besides after the roll out of Healthcare.Gov do you think folks are real 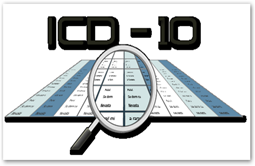 It’s time for some business intelligence and ethics I guess.  The hospitals with money can figure out if it is worth their time to help the poor hospitals or would that investment be worse than losing some of the money already invested?  If not then chuck it up and realize the delay is now the law.  If the poor hospitals were not ready and couldn’t afford it, would it be a good decision to put them over the edge here too?  Those are questions worth thinking about as this is something everyone is in together and maybe that’s the crux of the issue here is nobody is thinking that way.

CMS gets more time for testing too and they have a tight budget too for ICD10.  I know CMS says they were ready, and that sounds good politically too, but we don’t know really as they were ready for Healthcare.Gov too. The fact that CMS was not even going to do some end to end testing originally tells you there’s a tech novice making some of those decisions.  We have no tech folks running these agencies so you can’t really count on all that they say.  Of course CMS went quiet, what did you expect?  This is not as simple as an off/on switch.  There’s one less leader over there too as of a few days ago.

Complexities Are Winning - Medicare Principal; Deputy Administrator Calling It Quits - Time For Folks To Come Out of “The Grays” And Look at the Reality of the Complex Systems We Built - Beyond Humans And Even the Machines To Handle At Times-IT on Overload

The hospitals with money could help those that don’t have the resources, pool some money.  UPMC has a billion laying around in excess profits for one example.  We also have the doctors to think about too so again if they want to avoid another delay, start thinking about this as an “all in” situation and lend a helping hand if needed to make it go next time.  BD

Buenning said that CMS looked at the law and that its general counsel will be developing an option to present to CMS Administrator Marilyn Tavener, who will take it to the management level and the U.S. Department of Health and Human Services secretary for approval – but she added that the “actual announcement will come from HHS.”

“The messaging will come through CMS,” Buenning explained.

In answering a smattering of questions from the audience, Buenning used the approximately 20-minute appearance to offer several pieces of information:

About rumors that that CMS was not ready: “We were ready. (We) didn’t expect it (the delay) to come from Congress.”

On plans for end-to-end testing: “They (CMS) had been planning end-to-end testing in July, but with that date change they’re not certain.” Buenning also explained that CMS only has so much money for testing. “What this (the delay) gives us is another year for testing, and (it) would allow for more robust testing with providers,” she said.