Update: Sharron Helman, Director of the Phoenix VA made almost $10,000 in bonus money as well. 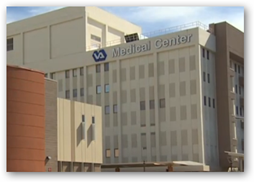 reporting has taken over.  This not only exists at the VA but everywhere your turn today as people can’t tell the difference anymore between “virtual” and “real” world values.  Any mathematician or quant will tell you about this and as a matter of fact watch the videos in my footer here to get a better idea on how this works.  Furthermore at the link below, and this may be a bit advanced for the average reader, is a written abstract that basically discusses how using analytics and numbers for solutions and expecting some type of ethical concerns is just not there.  This is where the lines is drawn where you have to be careful in where and how you get distracted at times, and we all have to do this under various circumstances.

Here in the video a retired doctor tells all in the video below.  We have a Congress that’s pretty ineffective in doing much at all.  Patients are dying waiting for care.  40 veterans waiting care died and the extreme methodologies used of a “sham” list that was hidden.  Think about this when you read all the stats that we are fed.  There’s a reason for this is if you fed the same thing over and over, you being to think it’s correct and I call that Algo Duping and its all around us.  1600 in all were on a “secret list” and it even went so far as to shred the evidence of charts and files.  Who knows where else such “lists” could exist and I certainly hope there’s are not anymore models like this being used.

The appearance of improving waiting times was the name of the game here.  Until the vet received an appointment they were placed on the “secret list”.  Here’s another case of “The Grays” for sure to

where the facility and top executive was stuck in meeting goals of the numerical “virtual world” and couldn’t tell the difference with the virtual and the real world and people died.

The top management defended the use of the “secret list” and that is sad.  Again we come  back to “scoring” and of course whether it was in writing or just verbal, a “scoring” system of some sort was used to create the “secret list”.

I have even addressed this with CMS having a huge case of “The Grays” with their latest focus on their 5 star rating system, which really very silly and sad but the folks at the top can’t tell where virtual and real world values are anymore and it’s beat into their heads that “this” has to be a priority.  “You can do anything with software” but what you create may not work at all in the real world and values could be flawed for profit.  I wrote here too that death panels have not gone away, they are just algorithms not that might kill you one at a time when services and access are denied…the machines make the decisions based in parameters that entered by humans.  This VA facility sadly figured out how to do that.  Even at HHS, former secretary Kathleen Sebelius was totally wrapped up in numbers and had difficulties sorting things out herself as she publicly in front of all of us displayed some very strange perceptions and and ended up calling it the “Sebelius Syndrome” which is alive and well in many other places as well, but she was just so darn public you couldn’t miss it with again being so infested with “The Grays’.

The sad thing here too is that anyone of us could get caught up in such a system and again it’s this huge problem of confusion of virtual versus real world values.  Doctors such as the retired VA MD interviewed here, deal with the real world every day, and there’s a name for that, it’s called patients and the staff, well they are wrapped up in “cooking books” with algorithmic formulas to make themselves look like they are in compliance with all the virtual goals set in the real world, that offer punitive actions in the real world if not accomplished.

All records now have to be preserved at the VA Phoenix center.  What do you get from the VA after this story, “we are improving waiting times” they are still stuck in “The Grays”…nobody is being held accountable, just meet those numbers and virtual compliance standards set and everything will be fine, right…well let’s hope folks start waking up and soon.  Take time and watch the 4 videos in my footer when you have time as there’s some very smart people that will offer you some education on how this works and it all stems from the financial district of Wall Street for profit.  BD

-- At least 40 U.S. veterans died waiting for appointments at the Phoenix Veterans Affairs Health Care system, many of whom were placed on a secret waiting list.

The secret list was part of an elaborate scheme designed by Veterans Affairs managers in Phoenix who were trying to hide that 1,400 to 1,600 sick veterans were forced to wait months to see a doctor, according to a recently retired top VA doctor and several high-level sources.

For six months, CNN has been reporting on extended delays in health care appointments suffered by veterans across the country and who died while waiting for appointments and care. But the new revelations about the Phoenix VA are perhaps the most disturbing and striking to come to light thus far.

"The scheme was deliberately put in place to avoid the VA's own internal rules," said Foote in Phoenix. "They developed the secret waiting list," said Foote, a respected local physician.

The VA requires its hospitals to provide care to patients in a timely manner, typically within 14 to 30 days, Foote said.

According to Foote, the elaborate scheme in Phoenix involved shredding evidence to hide the long list of veterans waiting for appointments and care. Officials at the VA, Foote says, instructed their staff to not actually make doctor's appointments for veterans within the computer system.

Foote says Breen is a perfect example of a veteran who needed an urgent appointment with a primary doctor and who was instead put on the secret waiting list -- where he remained hidden.

Foote adds that when veterans waiting on the secret list die, they are simply removed.

"They could just remove you from that list, and there's no record that you ever came to the VA and presented for care. ... It's pretty sad."

Thursday, April 24, 2014
Medically Related , My Commentaries , Other Items of Interest