Home » Insurance » Medically Related » My Commentaries » Other Items of Interest » HHS To Release Data From CMS On What Doctors Get Paid By Medicare, It’s Big Deal For the News Media And Journobots, But Whoopee, Not a Lot For The Average Consumer To Get Excited About

That’s the real deal here and I’m not excited one bit as what am I going to do with this access?  If I were on Medicare and wanted to see what my own doctor was paid, you can get that from using the Blue Button and I would guess that most who might inquire would be concerned over what their own doctor gets paid so that’s already there if you are on Medicare and want your own information.

If you are a consumer and there’ something you might want to see, well whoopee, it’s there for you now but in the meantime watch for news analytics types of stories to emerge.  When you think of it, who does stuff with data like this, the news media.  They also have journobots they can use to analyze and have the bot write a story.  There’s a company that Forbes uses called Narrative Science for one and they have a “free” program to access your Google Analy 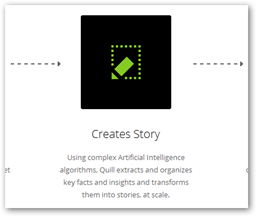 tics and write it up, so I checked it out and it does that.  It takes the numbers and write a story.  So turn the bots loose on the Medicare data and see what we come up with, right?  So hey when you read some of the news today “is it real or is it journobot”:)  If you are not living under a rock newspapers are looking for new revenue streams and thus you see a lot more “click bait” out there for ad exposure and some changing of how the papers operate and of course save money, enter the journobot.

Narrative Science is the light weight stuff by comparison to Long Tail and I wrote about that one before and included a video to show you how sophisticated that one is, along with my same sentiments here.  Right now anyway I can’t think of anything I would be dying to dig out of the data, but maybe you might?

This is data mining stuff that you are being told is so very important, look at the news articles and you think it’s important because the news tells you it is…it’s important to them.  Just this week the Oregonian stated that their journalists were being graded partly on the number of articles they kick out (and I’m sure there’s some click bait criteria that might lurk in there too:).  If you haven’t read about it, media companies are hiring data scientists as well to work as team members to help write some of the “data base interview” articles too.

I guess since HHS and CMS can’t model their businesses very well today we need something that is redeeming?  Both areas are pretty much being run by “data novices” anyway, not a good thing for us by any means.  Well they might be kept busy as they have another year now to test for ICD10.  Novice is the word as CMS was not even going to originally even test so who in the world has that kind of confidence with complex IT infrastructures?  Technologists know better and do testing and got over that dumb confidence thing a long time ago as we live in the real world of what data does and doesn’t do today.

CMS Wants ICD10 End to End Testers To Sign Up Soon, Batches Limited to 3 At a Time and Maximum of 50 Claims Each, I Think A Second Test Date For Larger Batches Could Be A Good Idea Too

CMS does have this data sharing tool that I have heard many complain that it’s too expensive to use.

Ok so there’s where I stand…not much to get excited about and I guess I’ll wait and maybe read what the journobots put out, if it’s any good.  So be sure and get excited  when you have some time as  we are already drowning in data, LA Times Journalist recently did a real good job reporting as well as what you read here.  BD

(Reuters) - The Obama administration announced on Wednesday that it will for the first time reveal how much Medicare pays individual doctors for medical services and procedures, including MRIs and CT scans.

The U.S. Department of Health and Human Services (HHS) will release on April 9 massive amounts of data on more than 880,000 individual doctors and other health professionals in all 50 states who participate in Medicare's Part B fee-for-service program, which covers physician fees and out-patient services.

The data to be released, which officials described as nearing 10 million lines of information, will show the number and type of health services each professional delivered through Medicare Part B in 2012 and how much the program paid for them.

All told, HHS officials said the data covers 6,000 different types of services and procedures that cost Medicare a total of $77 billion. Medicare is projected to spend about $635 billion in 2014. Medicare covers inpatient hospital stays and prescription drugs in addition to physician services.