Well with banks like this, who needs enemies.  You may or may not be aware of the deal Walgreens made with Boots in the UK a while back but they somewhat own that retail drug store business with an option at one point down the road to buy it all.  We all should know about Tax Havens and of course this is a re-location that would be a “legal” tax haven type of move to save paying taxes in the United States.  I swear I just keep watching this over and over and wonder when anyone is going to step in here and work out some kind of a solution. 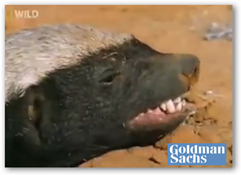 Companies and banks all make their big money here in the US and the big tech and pharma folks use the Big 4 US accounting agencies to set them up with a tax haven.  Back at the ranch Walgreens is suing it’s competitors for software licensing now too..what a busy company it is.

As far as their data selling business where they scrape and sell us to anyone with money, that is growing and a couple years ago it was bringing in about 1 billion a year and could be closer to 2 billion now as there’s more scraping and data selling go on now than ever and there’s more flaws showing up as well.  It’s the best deal in the world as far as profitability as when there’s errors, they have free labor force to follow up and do the leg work to fix it..and that would be us because we get screwed for denied access to something until “their” errors are fixed and in the meantime they’ve long put the money in the bank.

Maybe Walgreens can talk Goldman with them (grin) and that was satire as we know Goldman is already there but not as their headquarters.  How about all these other companies in the US that pay their taxes here that do business with Walgreens?  How do they feel about this?  This is greed straight out forward.

“In a note last month, analysts at UBS said Walgreens’ tax rate was expected to be 37.5 per cent compared with 20 per cent for Boots, and that an inversion could increase earnings per share by 75 per cent.”

So far Walgreens is hesitant as they see some potential political issues and I think they are right with that perception.  The old banker boys though, they don’t care,

“we want more money”…look what these tech companies are doing…and now they want to scrape and sell more of your data too?

In the meantime back in the real world, this is what’s happening…people can’t get or afford care…the world of Remote Area Medical…

Goldman Sachs seems to have some strange resemblance to the  “Honey Badger”does it not, even eats snakes… “Honey Badger Don’t Care”….here’s the show…”it’s pretty bad ass”..

And once the money gets to the UK…well listen to what the folks over there have to say about the money they lose so with headquarters in the UK, does this make it easier to gradually move over to the Dutch Sandwich Haven or one of the Cayman Havens ?   Here’s a trailer on how the folks in England too are outraged with Tax Havens…I have a US documentary at this post and you can also see it with the collection of videos at the Algo Duping/Killer Algorithm page.  BD

Walgreens has come under pressure from an influential group of its shareholders, who want the US pharmacy chain to consider relocating to Europe, in what would be one of the largest tax inversions ever attempted.

At a private meeting in Paris on Friday, investors owning close to 5 per cent of Walgreens’ shares lobbied the company’s management to use its $16bn takeover of Swiss-based Alliance Boots to re-domicile its tax base.

The investor group, which included Goldman Sachs Investment Partners and hedge funds Jana Partners, Corvex and Och-Ziff, requested the meeting after becoming frustrated by Walgreens’ refusal to consider relocating, according to people familiar with the matter.

Existing rules mean that a US company can forgo its domestic tax status through a deal that transfers more than 20 per cent of its shares to foreign owners.

A tax inversion by Walgreens would be likely to face strong political resistance in the US, where the practice has become increasingly popular during the past two years, particularly in the pharmaceutical sector.

Sunday, April 13, 2014
Medically Related , My Commentaries , Other Items of Interest