Home » Insurance » Medically Related » My Commentaries » Other Items of Interest » CMS Plans To Begin Five Star Hospital Rating System - Add A Column For “Hospital Mortality Projections” Or Stop the Ratings All Together As Lack of Money Today Is More of a Determining Factor With US Hospital Inequality That Keeps Growing..

Why not put out a mortality rate on hospitals?  We get that as consumers for life and some health insurance policies out there today.  Right now it’s becoming a issue to wonder about if some particular hospitals might be in business when you need them.  Nobody seems to be talking about this and the inequality is 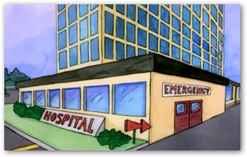 affecting hospitals just like affects consumers.  Anymore when a big hospital goes out of business or closes due to lack of money, it barely makes the news anymore, so what’s up with that?

The ratings by all means are getting harder to conduct due to inequality and with current CMS regulation at times, those needing financial help get hit the hardest so what’s the point of rankings anymore when we can all guess pretty well those without money are going to fall somewhere near the bottom as they can’t afford what the ones with money have?

Has hospital ranking somehow run it’s course and someone forgot to tell CMS?  Sure we can pretty much figure on UPMC being around as they make about a billion a year in excess profits for a non profit and Cedars Sinai isn’t going anywhere either with around $600 million or so in excess profits but we can’t all go to those hospitals.

A couple months ago, 6 hospitals went up for sale here in California as they were out of money and it barely made the news.  What if you have one of those new insurance policies that restrict which hospitals you can go to and they are on the the bottom and are financially stressed?  How does that make on feel?  Again my first question might be more along the line as to how long will the facility be there and if they aren’t around, then there’s no safety to worry about is there?

If you depend on sites like HealthGrades, those rankings are full of errors with both hospitals and doctors.  I think most ignore that site anymore or just use it find the phone number of the facility and Google search does that for you anymore.

Again, I don’t think the concern is about ranking hospitals but rather are more about knowing which hospital will be available when you need it that accept your insurance or Medicaid plan.  Demographics also play a key role with hospital finances as well as the mix of Medicare, Medicaid and insurance reimbursements.  Those with a large percentage of Medicaid patients are the ones that are really having  a bad time.

Does someone need to update CMS on consumer priorities maybe?  We could certainly go for a lot more end to end ICD10 testing.  BD

CMS intends to implement a five-star rating system on all of its web sites that display comparative quality information for providers. Stars are nice, but precision, in the form of detailed quality data, must remain public for quality to improve.

But after nearly 30 e-mails between CMS and me over the last three days, I've finally received confirmation: Medicare does intend to apply its Five-Star Rating System to some 4,000 Medicare-eligible acute care facilities in a Hospital Compare update, and "maybe" as early as this December.