This is a big settlement and the former head of the UCLA Orthopedic center filed the whistleblower case after officials from the Medical Center refused to do anything about his complaints. 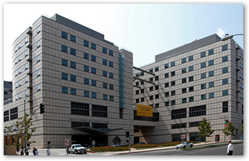 Medtronic was center stage here as being the device company that had paid two other doctors.  According to the article there was a process in place and it was not followed.  As part of his settlement, the whistleblower doctor is no longer with the hospital, but he’s got enough to live on for a while.

One doctor it sounds like took  money directly from Medtronic and did not run it through UCLA’s faculty compensation plan and that sounds like a rub right there as he was trying to enroll folks in clinical trials for Medtronic at the time.  If you are doing clinical trials I would guess you want to make sure the money is accounted for and all is transparent.  BD

University of California regents agreed to pay $10 million to the former chairman of UCLA's orthopedic surgery department, who had alleged that the well-known medical school allowed doctors to take industry payments that may have compromised patient care.

The settlement reached Tuesday in Los Angeles County Superior Court came just before closing arguments were due to begin in a whistleblower-retaliation case brought by Dr. Robert Pedowitz, 54, a surgeon who was recruited to UCLA in 2009 to run the orthopedic surgery department.

In 2012, the surgeon sued UCLA, the UC regents, fellow surgeons and senior university officials, alleging they failed to act on his complaints about widespread conflicts of interest and later retaliated against him for speaking up.

UCLA denied Pedowitz's allegations, and officials said they found no wrongdoing by faculty and no evidence that patient care was jeopardized. But the UC system paid him anyway, saying it wanted to avoid the "substantial expense and inconvenience" of further litigation.

Pedowitz, as part of his settlement, left the UCLA faculty, effective Tuesday. He had agreed to step down as department chairman in 2010 after initially voicing his concerns to top UCLA officials. He filed a whistleblower retaliation complaint in March 2011.

Mark Quigley, an attorney representing Pedowitz, said the case could have been avoided if the UC system enforced the policies it already has in place.

"What good are all the policies if they protect the wrongdoers and fail to protect the actual whistleblower?" Quigley said. "The university wanted to cover it all up."

Shortly before Pedowitz joined UCLA in 2009, the university was already facing criticism from Congress over the failure of a top spine surgeon to report nearly $460,000 in payments he received from Medtronic and other medical companies while researching their products' use in patients, government records show.