Home » My Commentaries » Other Items of Interest » Technology » Doctors A Big Target This Year With Tax Fraud, Many Are Finding They Can’t File With The IRS Because Someone Already Has Filed Under Their Name

Doctors A Big Target This Year With Tax Fraud, Many Are Finding They Can’t File With The IRS Because Someone Already Has Filed Under Their Name

This year an unusual large number of physicians have been targeted, much so to the fact that various state medical societies and boards are also doing their investigation.  The AMA also confirmed that they have been hearing from an unusually large amount of doctors as well.  When they to file the return, it doesn’t go 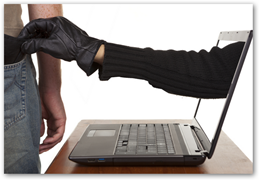 through as the taxes have already been fraudulently filed.  One of doctors mentioned in the article was for a refund of less than $100 so why even bother is a question I would ask on that thief but who knows maybe it was one of many.  The thief must have found one of those doctors getting paid less than Medicare from insurers:)

In New Hampshire 111 doctors have reported their IRS fraud so it’s not a tiny issue and the medical society said this is first time he’s had an issue like this come up.  At first the issue of the Medicare data dump was questioned as the NPI numbers became available and the AMA answered that question as not being a cause as NPI numbers have been out there in some form or another for a long time; however folks that do billing fraud, that’s one prime piece of information they look for.

The AMA is hearing from quite a few as well but also stated that it’s not only a target of doctors, but rather “professionals” in general but doctors seems to a group in this category.  Those doing billing fraud in some instances have found “dead” doctors where they can file claims against as well.  The websites such as Healthgrades and Vitals don’t update their information very often and if you read here you know I’m always on their case, but if fake biller finds them still listed as active on one of those sites they can pretty much bet that the state board records are not updated either and that can signal a “go” for a rash of fraudulent medical claims.

Anyone in the healthcare business also knows that fraud is on the rise and is the #1 industry now that is targeted and there’s not a state left untouched.  The World Forum for Privacy, which I wrote about in the post below, has a link to an interactive map you can view to see the dots and more.

Much of the time with data breaches in healthcare, it ends up being a 3rd party that has access and either just gets hacked or doesn’t take proper precautions.  With the data selling business being an epidemic, healthcare data is I would say at premium here.  Any insurer or subsidiary of one depending on their line of business would have data rich files on doctors too.  Again it’s across the country with doctors from California to Maine.  So be aware that this is happening out there.  Again who knows perhaps the information became available for crooks to buy too.  The bad guys do need to get an IRS PIN as well to electronically file a return.

So in short, be warned as this is the next blast out there.  I have been on a campaign for over 3 years with the FTC to require all data sellers, including banks and companies to have to buy a license to sell and keep up a page on a website that lists what kind of data they sell and to who.  Here’s some relative past blog posts on the data selling business that might also be helpful.  BD

An unusual number of physicians in several U.S. states are just finding out that they’ve been victimized by tax return fraud this year, KrebsOnSecurity has learned. An apparent spike in tax fraud cases against medical professionals is fueling speculation that the crimes may have been prompted by a data breach at some type of national organization that certifies or provides credentials for physicians.

Scott Colby, executive vice president of the New Hampshire Medical Society, said he started hearing from physicians in his state about a week ago, when doctors who were just filing their tax returns began receiving notices from the Internal Revenue Service that someone had already filed their taxes and claimed a large refund.

Gordon Smith, executive vice president of the Maine Medical Association, said his office has heard from approximately 30 physicians in his state about tax fraud over the past couple of weeks.

If you become the victim of identity theft, either because of tax fraud — or due to fraud outside of the tax system — you are encouraged to contact the IRS at the Identity Protection Specialized Unit, toll-free at 1-800-908-4490 so that the IRS can take steps to further secure your account.

Friday, April 25, 2014
My Commentaries , Other Items of Interest , Technology