I have no problem with police agencies using the tracking system for fighting crime and I can myself vouch for that system as it helped me once.  By finding a stolen car the police were able to get a hold of my stolen purse 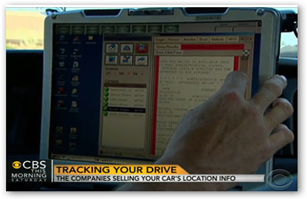 and notify me even before I had noticed it was gone.  So in that effort, it works.  The problem is with private use and the data bases they create so here we are again back to data selling once more.  Data selling is screwing up everything from license plate to healthcare to anything anyone wants to sell.  Have data in someone’s pocket is like having cash to burn anymore and it’s getting obnoxious, all for the sake of targeted advertising for a lot of it.  It’s gone from personalization to being a menace.  I could care less at this point on targeted ads and would much rather return to doing a search at this point compared to the hassles it gives me.   It’s not worth it.    Besides sometime I don’t’ know what I want until I see it or an image.

Private companies are screening to provide data for police agencies, and that’s ok but they also sell the data to anyone else with a buck, that’s not ok.  That data gets matched and resold.  I understand people need it to repossess cars and so on and those who buy that information should also have to register, again so we know who in the hell they are.  Public agencies should not be sharing the data with anyone who wants to buy it.  Your license plate could be matched with other data bases and who knows what kind of data base would be constructed and sold then?  We need to know who the parties are selling and buying this data.

The lawmaker bill is ok but again like most laws today, it’s not enough.  Again it’s the secondary matching and selling of your data that is the danger here it is becoming more common place all the time.  Look at this link below with Verizon and their data tracking to sell data.  So you have the private company with your license plate and Verizon tracking on your cellphone…hmmmm

If that’s not enough you have facial recognition and private companies can buy this software and use it now too.

So look, with just facial recognition data base connect to your license plate data, what big complete file of data can be created to sell when queried together…again..consumers need to know who the data sellers are and what kind of data they sell and to who.   For all we know the private license plate folks could have a subsidiary or sister company that does some kind of other data base mining, merely separated by a door in an office for example.  I swear with in data in hand anymore and lack of regulation it’s like corporate cash to burn.  BD

If you've been behind the wheel lately, odds are your trip has been tracked by small cameras called "automated license plate readers."

They're often mounted on law enforcement vehicles and street poles, and used by police to catch criminals. But in California, lawmakers are debating whether this technology needs restrictions to protect privacy.

More than 70 percent of the nation's police departments use this technology to find vehicles associated with crimes.

"If a vehicle comes into the area, it's instantly recognized," said Captain Ed Palmer with the University of Southern California Department of Public Safety.

But now, private companies have built their own databases, and are using these cameras, too -- cruising streets and parking lots and sharing billions of hits of data not just with law enforcement, but with anyone willing to pay, including private investigators, insurance companies, and lenders looking to repossess vehicles.

"They can track you around the country through these databases," said California State Senator Jerry Hill.

Saturday, May 24, 2014
My Commentaries , Other Items of Interest , Technology