As I said before we have turned into a nation of “stat rats” with an over dependence on virtual values which stats are.  Sure we need them and it tells us where we need to focus and so on but again I call it “The Grays” to where people can’t tell the difference between the importance of real world values and the virtual stuff.  When I saw the interview with the Phoenix executives before they were put on leave, that’s all they could talk about and even Anderson Cooper didn’t seem to see any sort of concern on their faces either. 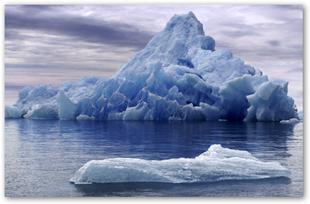 This goes all the way to the top as well with both the White House and Congress as they have been duped a bit as well.  We are running our health system on algorithms, yes some of those are needed for sure, but when it comes to some of the management ethics, it’s starting to look like dog eat dog on Wall Street so I guess that’s what we might be getting, Wall Street Healthcare by the risk algorithms.

Government is kind of stuck too as we wanted jobs as well and all we got were a bunch of algorithms that “over sold” science and we ended up with too much junk science along the way.  The US Privacy Report on “The Scoring of America” spells that out pretty clearly and how scoring denies either money or care and the rest of the world is watching the US with all of this and scratching their heads as no other country does this to their citizens to this extent.

I wrote about this last week too, we are just a bunch of Stat Rats that can’t see the humans for the algorithms.

We also have HHS wanting even more data on us, I’ll tell you they focus on building data files on consumers and less on building good care systems as long as the stats say “it’s ok”.

Fire the head of the VA, well that won’t do much good other than choosing a figurehead to leave and he’s only one person and the problem is bigger than that.  Even Chuck Hagel today announced a review of the entire military system, maybe to CYA before anything comes up on the other side.

Through the conditioning over the years and the push to sell more and more and more software that’s layered, and making a case for it, this what we got…

People Don’t Work That Way” A World of Broken Software Models That Don’t Align To the Human Side,Too Much Push At Times With Only A Proof of Concept That Fails in the Real World..

Visit the Killer Algorithm page and watch some videos if you want to learn how this plays out on servers running 24/7 and see how governments of the past have been pretty royally duped.  Today’s it is even worse and gosh know who in hell with current technologies would even want to run for President as that’s the issues that need to be dealt with, again balancing the virtual and real world and we don’t have that now, too many are duped on virtual values and that’s a reason the economy can’t bounce back either as it rolls from the top with being duped and duped again.  BD

An investigation of wait times for medical care at Veterans Affairs facilities has found "inappropriate scheduling practices are systemic" through the VA and "instances of manipulation of VA data that distort the legitimacy of reported waiting times," prompting new calls for VA Secretary Eric Shinseki to resign.

The VA inspector general's interim report, released Wednesday, shows the investigation has expanded to 42 facilities, more than a dozen beyond the previously reported 26.