Home » Insurance » Medically Related » Other Items of Interest » With Claim Denials, How Well Do Insurers Really Know What Their Own Policies They Sell Cover..

You can read the article below and this is typical of claim processing and what doctors go through.  You can see where the doctor supplied all the documentation on a surgical procedure for a breast reduction, not once but twice.  Doctors go through this all the time with claims and this is part of what they complain about with insurers.  The claim ended up being denied as United Healthcare found a provision buried in the policy to where it doesn’t cover this type of procedure under the Women’s Health and Cancer act. 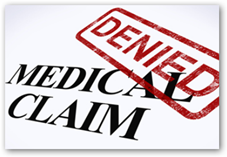 So why didn’t they say this from the onset.  The claim probably went through a number of channels, ending up I could guess at a legal desk at the insurer to make the final decision as a regular worker may not have been able to make this type of decision.  You do wonder what goes on and the complexities grow and below is an example where United bid and won a Medicare Advantage contract, only to lose it because they had no doctors in network to see patients in this area.

On the other hand one does wonder how do claims get processed as the company had no problem with this claim in New York to pay a doctor $175,000 for a $15-20k procedures to fix a hammer toe and this only came to light as they send the check to the patient and not the doctor.  It seems odd that this one didn’t end up in the insurer’s legal department for scrutiny does it not?

Back on track here the doctor’s office would certainly have appreciated saving a lot of time and energy with submitting all the images and reports at the onset instead of what they had to go through.  You can hear story after story like this with claims and I realize there has to be a process with medical claims but where’s the levels of expertise to at least give the “real” reason for a denial instead of everything this doctor’s office went through.  Is it any wonder people and doctors don’t have a high level of trust for insurers?  When you get insurance in the US, you just really don’t know what you get anymore as far as coverage with some procedures that could be a high dollar item.  This is what makes everyone not happy with the time elements wasted.  It would have saved everyone a ton of time if the “real” reason would have been given in the first place and as mentioned here too, how well do insurers really know their own policies as there are many plans and this is part of what everyone battles with complexities that are not going away any time soon.  Complexities allow for greater profiting not only in health insurance but also in the financial world.  BD

A 26-year-old woman recently came to his office complaining of back, neck and shoulder pain, as well as numbness in her hands and arms, resulting from her unusually ample bust. She's 5-foot-6, not overweight, Corwin said. She wanted a breast reduction.

"There seemed to be no question that her pain and numbness was caused by her carrying this excessive weight," Corwin told me. "It seemed like a straightforward diagnosis."

Corwin said UnitedHealthcare got back in touch to say it wasn't happy with the photos he'd sent in of his patient. It wanted new ones.

He had new photos taken and sent them to the insurer.

But this time, the decision had nothing to do with questions of impaired functionality, protruding discs or unsatisfactory photos.

"They said the patient has a specific plan that excludes any breast surgery that isn't covered under the Women's Health and Cancer Act," Corwin said.

But Corwin also was left wondering why UnitedHealthcare didn't just say at the outset that it had inserted this weaselly provision into his patient's insurance policy.

"I and my staff had to spend hours of our time over three weeks dealing with this," he said. "They put us through all these machinations for no reason."

The main issue here is whether UnitedHealthcare even bothered to read its own policy before it started issuing denials. McGuire said insurance-company workers often skip — or are instructed to skip — such a time-consuming task

Corwin said the woman will likely pay about $8,000 out of her own pocket to fund the procedure.

Tuesday, May 06, 2014
Insurance , Medically Related , Other Items of Interest