Let’s hope too that this also has an impact on the White House too as they are right in there too with a somewhat “templated” public relations and communication platform anymore.   I received my email template today from Joe Biden.  I don’t what happened there but I guess “The Grays” have had their impact there as well, especially noted with the “selfie” of both Obama and Biden.  Ok back on track here this is separate investigation from the OIG and let’s hope it’s not another Sebelius Syndrome extravaganza.

Ron Nabors will be in charge of the task to find out what occurred and again I think he’ll come back with what I said about “The Grays” and too much pressure and pushing to meet numbers.  With the VA in Phoenix it’s a situation that could have happened anywhere.  This storm has been brewing for quite a while as the pressure and goals and numbers to meet has been on such an accelerated 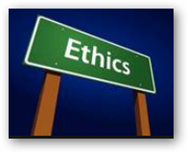 path that doctors have struggling all over the US.  I like technology and what it can do to make me smarter and allow better decisions but having been a former developer I can also see when a model or models are starting to go south in the name of profit.

I said even the AMA today have some good input there as well with Meaningful Use and I’m glad people are finally coming out of their virtual worlds. Former Secretary Sebelius lived in a virtual world looking for algorithm fairies at every turn as she had no data mechanics in her background and was duped over and over again.  I know I was  not very kind in a few of my posts but gosh it just got so old and other tech folks around said the same thing especially when explanations were not true and kind of made up.  Here’s one of my original posts and it didn’t take much other than having to watch the head of the VA talk to realize they were stuck in “The Grays” and put all their virtual values first and couldn’t make a left turn to save a life.

Furthermore it’s awakening for many too that “people don’t work that way” and we have had a series of failed software models.  I’m not that smart but I created an early EMR and I got fooled years ago and learned that lesson quickly as I thought I had good modules at times but had to go back to the drawing board to adjust and make it work better in the “real” world.  There’s been a big change in this area too lately with the push to sell software at times too and it shows as why do you think we have failed models.   That doesn’t mean they can’t be fixed but a bigger awareness of how people work is needed.  Heck even Google after all these years and hiring thousands of people are doing a study to find out how people work.   Virtuals values versus the real world took over and what a mess it has made and deadly too.  Look at this terminology, patients and doctors called “inventory”…nobody likes that but it’s what report called us. So at the VA, were the patients just “inventory” too when the virtual values are pushed to the top?  Sadly again it looks like that is the sad bottom line as on video all the executives could do was talk about the improvements of their numbers and even Anderson Cooper in the interview at the end was scratching his head too. 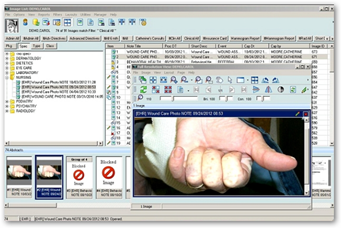 thing.  It much deeper rooted than just one location and it’s a philosophy that needs to be fixed from the White House on down.  Now today in the news we have reports of the same thing going in Chicago at the VA, see what I mean about this being much deeper than just one executive staff stuck in “The Grays”.  Here’s yet another VA facility in Wyoming, gaming the system.  Again this all comes down from the virtual world influence of the White House and other executive departments.  Even the SEC “the system is not rigged”, everyone on the web laughed as that was truly spoken like a data mechanics novice.   I said back in 2009 that Health IT would eat Sebelius up too and it did at HHS.  There’s the link to what I call “The Grays” below so you can read it and form your own opinion but I have been watching this for a few years now.

So again let’s hope Rob Nabors has his head on straight and does the complete job here and a real soul searching takes place because we need it as we have become victims of quantitated justifications that are just not true, i.e. you want to bring up the flawed data of job reports too?   Nabors has a bigger job than Jeffrey Zients did with the website and he was just again someone to oversee it as he’s not a coder either.  This investigation with the VA will require some data mechanics knowledge rather than just a figure running out to look around too, so I hope they go there, look at audit tables and get some folks that know something about data entry besides just novices and users.  Once patients are entered into the VA ViSta medical records system, it works with follow up scheduling and a great set of whistles and bells but if patients are not entered into the system and a secondary system is used or paper files and/or spreadsheets are added, well you don’t have a full working system.  So what Rob Nabors know about the VA medical records ViSta?  I guess we will find out.

I guess I felt like chewing on all with this post but it’s true with too much focus on virtual values.

Doctors deal with the “real world” every day and there’s a name for it: patients. I say it time for everyone to think about what you’re thinking about and are you in the real world or are you hanging on to too many virtual values.  We can’t even create jobs as too much focus is on virtual values and is confusing getting a real world program started and all we got instead of jobs to fix infrastructure were a bunch of algorithms that use segmentation and deny access to many.  The World Privacy Forum is all over that and wrote a very good report on how consumers are constantly scored without having any access to what the scores are and who does them.  Is the VA “scoring”?  Is it virtual scoring?  Some kind of scoring is going on to keep the Vets from being input in the system.

Hopefully Mr. Nabors might give this some thought as he goes through his investigation “do people work that way”…I ask myself that question quite frequently to try to keep myself balanced as well.

Anyway, that’s my take here is that tight budgets and folks looking for ways to solve the math shortage of lack of primary and other doctors available for veterans receives a big “F” for fail and we need a much better awareness of the virtual and real worlds soon, and people need to understand the difference as deadly perceptions such as what occurred here will continue…Algo Duping and Killer Algorithm attacks as I call it.  This video clip below says it all from Mike Osinski, who was a programmer that guess what, wrote all the software that the banks used for Sub Prime loans and listen to where he’s at today, some words of wisdom about doing something about everything with software and create all kinds of “virtual values” as subprime could not have happened without it.   The entire video is located as #2 in my blog footer here along with 3 other videos I consider that also have important messages to convey from people smarter than me.  BD

White House deputy chief of staff Rob Nabors will be temporarily assigned to the VA to work on a review focused on policies for patient safety rules and the scheduling of patient appointments, officials said Wednesday. The move signals Obama's growing concern over problems at the department, particularly recent reports that hospital administrators in Phoenix kept an off-the-books list to conceal long wait times as 40 veterans died waiting to get an appointment. Similar problems have since been reported in other states.

The move is similar to the action the White House took last year when it assigned longtime Obama aide Jeffrey Zients to take over management of the troubled HealthCare.gov website from officials at the Health and Human Services Department. HHS Secretary Kathleen Sebelius later resigned her post.

Despite calls for Shinseki to step down, the White House insists that Obama continues to have confidence in the secretary, a retired four-star Army general. Shinseki said he welcomed Nabors' help in ensuring veterans have access to timely, quality health care.

The review Nabors will oversee is separate from an inspector general's investigation into the Phoenix allegations that is already underway. Three executives at the hospital have been placed on leave while the allegations are being investigated.

Wednesday, May 14, 2014
Medically Related , My Commentaries , Other Items of Interest , Technology