This situation keeps getting uglier and uglier as more comes forward and again I go back to the value and times we live in today to where people are pushed and constantly on goals and numbers they have to meet as well as making incentives.  This is clearly the “dark side” of pay for performance that is coming forward and sadly it was bound to happen given “broken models” that people are working 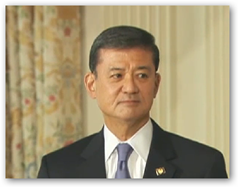 with today as clinicians face almost undue pressure.  You can read below what I wrote about “The Grays” at the Phoenix VA center where the folks we so wrapped up in stats, numbers and goals they were unable to “make a left turn” to save a life.  We have this pressure to keep bringing the cost of healthcare down and we are at the tipping point to where it has to come from other areas, like drugs and medical devices as we can’t cut anymore with doctors and patients to monetarily  make up the difference.  The straw on the camel’s back is broken.

We are reaching a point to where what comes first, good care or shareholder money you could say and it’s not a pretty picture at all.  People will game a system and I have seen this with younger folks who have had a computer with them all their lives and confuse a game with patient data in the fact that they think they can fix anything if they make a mistake, which is partially true if the error is found on time but again it’s the mindset that is the dangerous part here with meeting goals and cutting costs.  Flat out people can’t tell the difference between virtual and real world values, read the link below.  I see it every day on Twitter with “magpie” stats re-tweeted over and over.  I think it’s more important to get care to people rather than hearing about how many signed up for insurance and how many paid their premiums.  Sure those numbers have relevancy but gosh can we cut the click bait and repetition of hearing it over and over again.  Once is enough.

Back in December the Wyoming center and one in Colorado were notified that there were some shading processes in place.  It appears the line of command here at the VA is not working.

I wonder myself too about the White House as well as it seems they too are all caught up in “The Grays” at times.  The last few months there’s been a change as far as communication and the information I get and it’s just one big template that reminds of one I have seen somewhere else.

and numbers interferes with taking care of patients.  I just wrote earlier today about a merging of systems in the OC and patients and doctors that were being changed from one system to another were referred to as “inventory”…that’s scary enough in itself to think that your life is just part of an insurance inventory system.

We do have broken models in healthcare and as I said below “people don’t work that way” when it comes to actual use and the best proof of concept can easily crash in real life.  I know a bit about this as many years ago I wrote a medical records software system and I learned that lesson as a developer early on as I got fooled and had to eat my own dog food.  This time the proof was an email that was obtained in Wyoming.  BD

An email obtained yesterday by Fox News reveals that a Wyoming VA hospital employee told workers to manipulate records so that it appeared that patients were being seen within the required 14-day time frame.

The June email signed by an employee named David Newman, a Telehealth coordinator at the Cheyenne center, describes to the workers methods they can use to manipulate records in the patient appointment system to comply with a VA policy that requires patients be seen within 14 days of their desired date of appointment.

"Yes, it is gaming the system a bit," the email reads. "But you have to know the rules of the game you are playing, and when we exceed the 14-day measure, the front office gets very upset."

Sunday, May 11, 2014
Medically Related , Other Items of Interest