Home » Medically Related » Other Items of Interest » Technology » “This Call May Be Recorded for Quality Purposes”..Heck Not, Millions of Algorithms Have Been Turned Loose to Listen To and Analyze Your Voice When You Talk To Your Insurance Company As Algorithms Continue To Take Over the World…

There are a couple insurance companies using this already in their call centers, Aetna and Humana.  Back in 2011 Cigna was all over it too so I guess you can add them in there too.  I remember writing about this technology when it first came out back in 2009 and the initial use was to help call centers located outside the US to where other countries who were taking calls could be helped

along with understanding the US dialect a bit better.  It would be the same in reverse as well if folks here were taking calls in another country to where we didn’t understand their language dialects either, but we know that part doesn’t happen.  The first big claim to fame for the software was stating that it could listen to your voice and tell if you had prostate cancer.  That was a big news item a few years ago.  Here’s a couple archives from the Quack.

I would imagine this technology lurks in other places too and yes you can be “scored” on your voice now.  We go back into privacy now as well with some of this, depending on how the the analytics for this is used.  Check out and read the World Privacy Forum Report for more on that topic as the entire world is watching “The Scoring of America”.

Here’s one of the early videos that was created in Israel about the technology and it has gone beyond this now.  You can see more at the Cogito website.   So if you are getting aggressive in your conversation the analytics will be going off the wall and sure it will be analyzed and saved.

This is a good time to talk about how “Algorithms are taking over the world” a video from Christopher Steiner and you can also find this video at the large group of videos and links at the Attack of the Killer Algorithms page.  Semantic Technology sells Cogito's  technology.  Christopher Steiner talks about how the call centers are using the algorithms and how they remember you as well.

The question he says is where and how often we will use this technology and how far will we go and again this is what the World Privacy Forum is talking about.  Where do we draw the line is it a utility or a menace he states and this is coming around right now.  I’ll go one step further, who are companies going to sell their analytics too?  This is a good question as will one insurer sell it to another should you change carriers?  Will they work this way to have the utmost data stuffed files they can get on you?

We already know insurers, United and Blue Cross are buying our MasterCard and Visa records.  It was odd and you can’t make this up, but Blue Cross said they buy them to look at to see if their insured members are starting to buy a size larger clothes.  You have to laugh at that we know they are querying a lot more than that as that’s what query masters do, it’s habit as I used to be a query master and your brain is stuck on queries to find more value.  It’s the way it works when you are developing software and of course once the SQL statements are done and given to 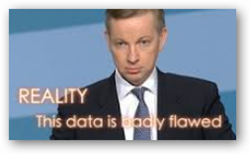 management, well they do all kinds of “scoring” as the next move as it will be tied to money.

It’s too bad they can’t get their claims processing working any better but they want to predict everything they can to include a mortality rate on you, and yes they do that too.  Remember though that predictions are based on patterns and there are levels of errors that will show up.

Again every company may not be set up to use voice analytics but it’s out there and I expect more to jump on as everyone wants every stick of predictive data and patterns they can get their hands on.  This is partly why we have such a glut of software out there today, everybody wants to score and analyze you ever way they can, whether it be underwriting or shipping ads your way but the problem as I wrote below is that with a lot of what we have out there “we don’t work that way” and conforming to software to change us will create upheaval and more desire to get the radar in time as there’s only so much we can take and again too when data and analytics keep getting resold and re-queried, the error factors rise.  There’s no incentive for correcting flawed data for consumers either as banks and big corporations have an absolute free labor pool and that is us to fixe errors as we get denied something or access along the way after they have made their billions in profit selling us.  BD

I am speaking to a man on the phone – but he's not the only one listening. As I talk, software is analyzing my voice, measuring the speed of my speech, and building a graph that shows how the conversation is going.

I'm talking to Josh Feast, CEO of a company called Cogito in Boston. His algorithms work away while people talk, highlighting awkward pauses, tense tones of voice and one-sided conversations. Next time you call your insurer, bank or any other call center, a version of Cogito's software called Dialog could be running in the background, helping the customer service agent deal with you. If you start to get upset or angry, the agent can see that and take action to soothe you. Cogito calls its service "digital intuition". It is useful in call centers because it can give feedback on conversations in real time, says Feast. One day, a version of it could even be running on your smartphone, analyzing every call you make and helping you spot if you are depressed, for example (see "A phone that listens").

A blue bar that measures how much each person is speaking fills up as I listen to Feast. The fact he is dominating a phone interview about his software is to be expected, but if a call center agent saw that they were speaking as much as he is, they might want to ask more open-ended questions and bring the customer into the conversation. The software also measures the dynamic range of the caller's voice, and the speed at which they speak. High dynamism, when a caller's voice contains a lot of variation in pitch and emphasis, could mean they are excited or angry, for example. Low dynamism, a monotonous flat tone, might indicate disinterest or boredom.

Saturday, May 10, 2014
Medically Related , Other Items of Interest , Technology