Home » My Commentaries » Other Items of Interest » Technology » “Wearables” News Glut, Give Us A Break And Cut Some Noise- “They Going To Take Over The World But Have Privacy Issues”, How Many More Times Do We Have to Hear This? (Opinion)

“Wearables” News Glut, Give Us A Break And Cut Some Noise- “They Going To Take Over The World But Have Privacy Issues”, How Many More Times Do We Have to Hear This? (Opinion)

There’s not a day that goes by that we don’t have at least one article on both topics.  I don’t mind reading about new technologies 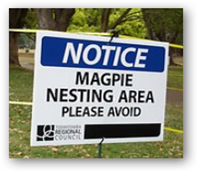 that come out by any means and if I think it’s something cool, I’ll write about it here but geez how many more articles can we stand that say the same old thing over and over.  I get a kick out of the ones that have studies and reports that substantiate the billions that will be made.  Sure the wearables folks are not going to disappear and neither are the privacy issues that impact this and the healthcare business  in general.  Here’s one I wrote a while back about privacy.

Nike Cuts Back on Wearables Which A Opens Discussion Relative To “How People Work” Current Models In Place Are Loaded With Vague Privacy Policies, How Much Data Gets Sold To Sustain the Model-And Is There A Desire For Consumers to Commit?

I know we have the quantified self movement and there’s nothing wrong with those folks who are having success and are using apps and devices to make their lives better if it works for them, but please we don’t all function the same and there is a point to where people do get bored or don’t have the time to bring in certain elements of quantifying everything in their life and drop out too.  Someone said the other day that 68% of mHealth apps have yet to yet 10k in revenue.  We also have this new issue with phones and apps to be concerned about as well.

If there’s something new out there that doesn’t have privacy issues and has great impact, bring on the news but for goodness sakes can we stop the “magpie” articles that say the same thing over and over and over.  Sure some of this might be marketing efforts but like I’m saying here you beat the drum so loud and for too long, people tune it out and that’s kind of what I’m doing here I guess.  Enough is enough.

“Here’s an App, Now Go Fix Yourself” Why So Many Healthcare Apps Draw Little Attention From Consumers As This Is Not The “Full” Story on Patient Engagement…

Before we have wearables taking over the world, take time and figure out how people work

and save us a little news glut out there.  I just wrote about what Stanford has done with a new potential device that could power medical devices, now I consider that news as an example.

On the privacy end even the wearables folks themselves know that’s a huge wall right there.  I’m just saying unless there’s something really newsworthy, can you cut out some the same old repetition?   On privacy not much has changed since this 60 Minute report and the videos are good here and well worth watching.  The FTC is stuck on verbiage while computer code that mines and sells data runs hog ass wild.

I think we have some perception issues of folks living in virtual worlds here in “thinking” they have news we want to hear repeated over and over too.  I call that “The Grays” and that’s impacting people all over.  So I would kind of venture to say here that folks in the gray world here “think” we need to be beat over the head with daily articles about wearables and security day in and day out..please let up a little bit as now I don’t know about you, but all of this has become noise that I just block out.  Too many have over done themselves here with this perception of what they think we need to hear and are becoming a noise menaces if you will and maybe give a bit more thought to “how people work” and not how we want everyone to work as people still make the ultimate decisions in the end.  Again as I said reporting new technologies and concepts is good news but let’s cut the noise on “taking over the world” if you will.  BD

Monday, May 19, 2014
My Commentaries , Other Items of Interest , Technology