That’s a lot of money for a non profit to sit on you have to say.  If you read the figures below is way above what’s regulated by the state of California.  The nurses state they struggle to get the care the patients need mostly over what the insurance 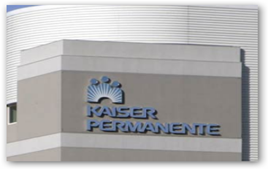 portion will pay rather than what is the best care for the patients.  Kaiser in their portion of the battle has given over $7 million to fight against insurance rate regulations in California.  Kaiser has also been hiking rates for insurance policies as well for consumers.  Last year in southern California the company laid off quite a few employees.

Nurses complain about blocking admissions and using the “observation status” to keep admissions down and state patients are sent home too quickly at times.  A former oncologist with Kaiser is suing the for $7 million claiming she had to quite her job after complaining the company was maximizing profits instead of helping cancer patients.  The oncologist states the when the group hired a new president and medical director, that’s when things went south.  She said doctors they were also understaffed and patients were struggling to schedule appointments at the Kaiser Northwest facility.

She left in April 2013, because of her oath to do no harm and her belief that Kaiser policies were "making patients suffer”.  Kaiser is also looking at expanding in Colorado in the mountain areas.  Last year Kaiser sold their Ohio operations as they were not making any money there so you can see even with a huge reserve it appears nobody is going to get carried.

Recent it was in the news that Kaiser is using a lot more mHealth functionality but the report did say doctors times had to be adjusted to allow them to take care of their “desktop medicine”.

Kaiser Permanente Study With mHealth Efforts Yields Better Communication and Care But Physician Schedules Had To Be Revised To Give Them Time for Their “Desktop Medicine”, So You Can Forget Half of What You Read Out When The Big Billions In Savings Are Predicted…

Again that is a lot of money sitting in reserves and you can’t blame the nurses for bringing this up if patient care is suffering or if they are indeed short staffed and of course the premiums rate increases for the insured is right up there too.  $7.1 million…hmmm..how much patient care would that buy?  BD

OAKLAND, Calif., May 7, 2014 /PRNewswire/ -- Kaiser Permanente registered nurses and consumer advocates today revealed how the HMO giant has accumulated a reserve that is $21.7 billion 1626 percent more than required by the state, while cutting patient care services and raising premiums on consumers.

The California Nurses Association/National Nurses United, California's largest nurses organization, also announced its endorsement of a measure that will appear on this November's ballot to regulate health insurance rates in California. The initiative can force refunds to consumers based on such excessive amounts held in reserve.

"Kaiser has given more than $7.1 million against rate regulation because it wants to continue overcharging customers," said Jamie Court, proponent of the ballot measure and president of Consumer Watchdog.