I have said this many times here but a lot of insurers are moving the next step up from actuaries to hiring Quants to create news models as most actuaries don’t write code but some are today.   Quants can actually audit the actuary function as well.  Sometimes both quants and actuaries use same or similar models, but again the computer coding is the difference between the two jobs.  Quants are just no longer for Hedge Funds as insurers are trying to create models with finer tuned risk assessments for profit.  As there are more in the game, it gets harder to create the formulas that make profits.  Look at the classifieds and you will see what I mean as far as a flurry to hire more Quants.

With pre-existing conditions no longer being a risk model they can play with, 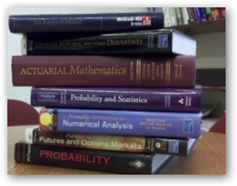 we have moved on to replace that with “narrow networks” so again controlling the cost and the gateways of care.  It’s a matter of using some kind of segmentation and “scoring” system as well to keep the flood gates at profit levels.  I know it sounds not so cool, but insurers have been doing this for years and eventually this model will break as they won’t be able to create risk factors that will keep high profit levels and attaining lower profits will set in.

So moving forward here we get into what is called “scoring” and that’s becoming an epidemic in the US with so many proprietary formulas being used to give you a “score” so access to something, be it care or money will be impacted and potentially denied.  The World Privacy Forum did a great report on this and is worth reading. They took on what I call the “bogus” FCIO” medication adherence “scoring” as they now say all they need is a name and address to score you from 0 to 500 on whether or not you will be medication compliant and sell this scoring information to insurers and yes scores of such can impact underwriting and they do all the time.  You don’t get to see this, have access and it’s proprietary so we can’t even have an unrelated 3rd party re-create the model to verify for accuracy, we are just stuck taking their word for being accurate.  With so much flawed data out there, fat chance of any real accuracy as they are using non-linear methodologies and getting it wrong.  If you read the entire article here from the Wall Street Journal, the one actuary says, yes we “guessed” and got it wrong.

This is why I questioned the “Patient Activation Scoring” too as how accurate is this?  Do we need it? Is it not sufficient enough to put open text in a medical record that gives more details about the knowledge a patient has?  I know one thing, doctors would appreciate that if one had a referral from another rather than seeing a score of 1 to 4, but again it’s payer driven system and we need more data to make mathematical decisions.  You get fooled sometimes too and I think this format of patient activation is going a bit too far and it will in fact benefit insurers and pharma decisions more than clinical.  It’s an old study from the NIH which was funded by the Robert Woods Foundation (which is heavily funded by Johnson and Johnson) so you have a pharma company that want to sell more drugs and it could use those numbers to further hammer down on doctors in essence, or create their own reports stating that patient knowledge is the big problem for non adherence, so all of this “scoring” goes full circle and the same goes for the use by an insurer.  We don’t know who gets it though and what Quants or Actuaries are basing models from it.  I did a little consulting here with asking the NISS their opinion to make sure I was not off base here.

I like to use this analogy and have featured it several times as it makes the point about how some of the formulas are complete “guesses” at times too. The # 1 Quant in the world Paul Wilmott explains how if you want to buy 100 bottles of beer, how you will never get 100 as the real world has relations with other items in life that will prevent that from occurring, and you may get 80 or you may get 200 and these are the types of models that Quants and Actuaries work with.  If you like the clip, watch video #2 in the footer as it explains in layman's language how some of this works.  Even though it relates to financial modeling, same process with insurers holds true.   So think of it this way, your insurance coverage will never be the full 100 bottles of beer that you want, it could be 80 or it could be 200.  No matter how hard the actuaries try to come close, it will never be that perfect 100 bottles.

It Will Never be 100 Bottles of beer, Healthcare, Financials, Etc.-A Simple Explanation and Guide To Think About With Reports and Analytics Floating Around Out There Today When You Look for Value..

I wrote a short while back due to all the complexities with insurers, and these have been built in for profitability over the years, how long before health insurance becomes a “science”?  We seem to want to call “anything” complicated with data today a science.

That point is further illustrated with WellPoint and their distribution of IBM Watson services too so there you go with Quants and Actuaries working this angle to find the perfect formula for predictive analytics as well.

They are getting to the bottom of the barrels here as the arrays of data become exhausted when query and various other algorithmic processes are not doing so well, why do you think Hedge funds are closing up, it’s the same process and the more players and data that are in the game, well the harder it gets.  Here’s a good example here with United Healthcare and their own internal complexities when they go out and bid a contract for Medicare Advantage, secure it, then find out they have no doctors in network to see patients so they didn’t do a good job did they with their “big data” as the right “data” didn’t know what the “left” data was doing.  So again I tell all consumers don’t trust if you think something is not right as you might be correct as we have higher error factors with insurers today and some guessing going on .  Sometimes we are ending up with Quantitated Justifications for things that are not true.  Watch video #1 in the footer and you will be enlightened and look at stats you fed on a different level as the professor tells you a bit more on how this works.   My favorite part is the clinical study with a “dead fish”.

Siefe’s video is done very well and he makes the observation that news articles may show you a formula, algebra and you may not understand it but if it has a square root shown “well gee it has to be good, even if it’s pure bunk or speculation”.  If you like this video and want to see more, visit the Algo Duping/Killer Algorithm page for more videos and links from people a lot smarter than me, folks who are Quants and give you the bottom line.  It’s nice that finally people are listening to them  as you will hear Cathy O’Neill say that they used to keep stuck in corners somewhere and “nerds were never allowed to speak out”. She’s a good one as she experienced that with Larry Summers years ago at DE Shaw when she was doing his modeling, watch video #3 in the footer and stay for the Q and A or use the link below to read my entire archived post.

So when you bring in the Quants to work with Actuaries, now you have code involved and that’s usually the difference between the two jobs as not too many actuaries do computer code, but they do build math models, so you get algebraic formulas with both, but again the Quant also knows Python, “R”, and several other computer code languages and brings that world into the model beyond the actuaries do. So when you go beyond and now have proprietary math models and computer code…and this is what the banks do too, this is why there’s a big surge in wanting

to re-engineer some of these projects as folks want to verify the accuracy of the model and if you can’t get to the secondary part (the code) it’s wrapped up forever and we just have to believe it’s correct.  All this of course was shot down the tubes with sub prime because it could have never happened without complex math models.   The word was don’t change the portfolio, just change the math.

Ms. Seaman is the chief actuary for WellPoint Inc., WLP -0.36% the insurer which projects to enroll more than 600,000 in the new health care exchanges—likely the most for any insurer. It's her job to develop rates for dozens of different offerings around the country. But for people who thrive on information, these can be harrowing times.

The health law has reshaped the way insurers do business. Before the law, consumers often had to tell insurers if they had health conditions that might require pricey care, such as diabetes. Insurers could typically boost those consumers' premiums or refuse to cover them. Now, insurers must accept all comers and they get no health information on enrollees.

That means that actuaries have little to go on when predicting medical costs—and setting premiums. What's more, frequent regulatory tweaks from policy makers have forced actuaries to rejigger their projections and strategies on the fly. This is raising the stakes for actuaries, a word traced back to the Latin root for bookkeeper.

She recalls finding a colleague at his desk one morning last spring wearing the same outfit as the day before. Ms. Corrough pulled her own office all-nighters last year. And one day last week, she was in the office until 10 p.m., and then arrived back at 4 a.m.