The patients affected that will have to change doctors are the members who bought their coverage from AARP. This doesn’t appear to be as large as the numbers of doctors cut in other states, but still if it’s you, it has an impact.  This appears to give a little more notice this time and it appears there’s more of an effort made here to allow patients to transfer to a new doctor.

United is also in the Urgent care business now so will this area be seeing some of those clinics built and opened?

Pre-existing conditions may be gone but it’s been replaced with narrow networks for insurer risk assessments for containing costs and keeping profit levels high.

In Connecticut the doctors and the medical groups are fighting back with a lawsuit which I believe is still being negotiated as ordered by a judge.

United Healthcare Medicare Advantage Doctor Firing Moves On Into Ohio, New York, And Maybe More? CMS Has Known For Months About the Changes And Is Monitoring….United’s Cost Algorithm Says…You’re Out the Door

You also see some things out of left field from United at times as here’s an example with overseas policy efforts for US employees who work for companies owned by India firms.  It does get complex with a number of different types of offerings.

In addition with the complexities of insurers you can also see items like this to where United went out and bid and won a contract, but due to narrow networks, they had no providers to see patients in the contract they won and lost it of course.  By contrast you also see the company kicking out a check in New York City to pay $175,000 to fix a hammer toe for the wife of a banker, so do they have better out of network coverage there?  In California we have lawsuits over refusal to pay for lap band surgeries.

When the numbers are crunched, which United relies on heavily as 1/3 of their revenue comes from Health IT businesses, I 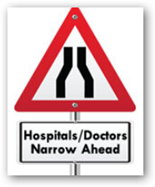 ’m guessing the queries and algorithms roll to determine where the next cuts will come in.  In Phoenix, Arizona a local television station seems to be working as an advocate to handle claim disputes.

Data mining and gamification efforts with the company are still alive and well as here’s one more purchase the company made as United sells more data than any other insurer out there as well, normally via one of their many subsidiary companies.  Also be aware of all the algorithms that run out and analyze your voice when you call most insurers today so when you hear this call may be recorded, it’s out there determining and creating a data file on your “current state of mind”.  When you know this, it’s certainly on deterrent from wanting to deal with an insurance call center, that’s for sure as the data files built and availability to sell keep rolling up with such as well.

This Call May Be Recorded for Quality Purposes”..Heck Not, Millions of Algorithms Have Been Turned Loose to Listen To and Analyze Your Voice When You Talk To Your Insurance Company As Algorithms Continue To Take Over the World…

Also in the news the company will set you up for text messages, I know that’s not medical care but it cost next to nothing to set up a few algorithms to send you an army of text messages if you want them.  I have to some how laugh at the marketing of this messaging as its there to “enhance your health literacy”..whoopee, no its there to remind you to make your appointment.

So it comes down to “business algorithms say” I would think as that’s what drives all of this as shareholders want their money so stay tuned for the next “narrow network” update I guess.  BD

UnitedHealthcare is cutting doctors from its Medicare Advantage networks in the Richmond, Roanoke and Tidewater service areas, meaning some consumers will have to find new doctors in the middle of a benefit year.

Doctors who are being dropped have been notified, and patients who see those doctors are getting letters telling them about the change that becomes effective Aug. 1, a UnitedHealthcare spokesman said.

“This is all part of our effort to build a more focused network around collaboration,” said Steven King, a UnitedHealthcare regional vice president overseeing the company’s Medicare and retirement businesses in Virginia.

UnitedHealthcare has about 37,000 Medicare Advantage enrollees in Virginia. Not all are affected.