She’s kind of young at 34 and as the Washington Post stated her background includes being an analyst at Goldman Sachs so we know she can crank numbers and do elaborate spreadsheets and the rest will remain to be seen as it’s a difficult job.  At least we don’t have another lawyer that focuses on verbiage only.  She needs to start building some new models as the ones created 4 years 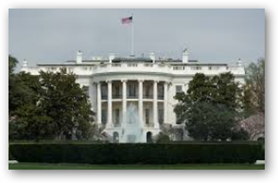 ago don’t work anymore as designed as things changed.  Let’s hope the White House returns back to the real world again too as they have been much too virtual of late.

When it states she will follow through on making sure the President’s major policies, let’s hope this more than a fancy spreadsheet that keeps count.  Again, let’s hope these Blue Labs folks do something as well that's creative and get the White House out of their continuous circular template that rolls out every week.  “The Grays” have taken over at the White House to where they are just too “virtual” anymore with measurements, stats, etc. and it rolls downhill, like to the VA sadly.

I still say if this person is in charge of implementing technologies, there’s more data mechanics knowledge needed than what an analyst uses and we certainly can’t do for any more of the Sebelius Syndrome to continue.  Canegallo did spend a bit of time at the US embassy in Iran and Afghanistan back in 2007 and 2008 and anybody gets kudos for that service for sure.  The Washington Post said Canegallo worked on resolving the bad roll out of Healthcare.Gov and monitored the information to help colleagues sort it out and well that didn’t work too well through a lot of it as we still heard weird perceptions and stories in the news that didn’t fit.  I would downplay that part of my past if I were her:)  This is what the real job here is with Obamacare, is everyone’s business models and subsequent algorithmic formulas not working together.  You can plan all you want but unless these come together better, everything slows to a crawl and additional complexities creep right on in.

In short she gets the fun job of negotiating with health insurers too for the news enrollment period and that’s a challenge as I said back in 2009 Sebelius was no contest to the very explicit detailed math business models they use to keep profits rolling in and folks can get duped.  The Algo duping game is even worse now than it was a few years ago too.  Insurers are hiring a lot of Quants to do their business models now and are going beyond actuary auditing to be ready for some tricks and creative coding and algorithms to show up.  BD

President Obama on Friday appointed longtime White House aide Kristie Canegallo as deputy chief of staff for policy implementation, to oversee issues that include the continuing rollout of the Affordable Care Act and better integration of technology in classrooms.

The move, which comes three days before senior White House health-care adviser Phil Schiliro will step down, aims to institutionalize some of the changes chief of staff Denis McDonough made in the wake of the health-care law’s botched debut last fall.

In an interview, McDonough said Canegallo, 34, will ensure the president is following through on some of the major policies set in motion during his first term. Her portfolio will include reforming how the federal government procures technology, veteran’s affairs and immigration policy, as well as national security topics such as data privacy and the withdrawal of troops from Afghanistan.

Unlike many of Obama’s top advisers, who came to their jobs through politics, Canegallo started as a civilian Pentagon official on detail to the White House when Obama came into office in 2009. Trained as a credit derivatives analyst at Goldman Sachs, she served as director in the National Security Council’s Defense Policy and Strategy Directorate for two years before becoming senior adviser to McDonough, who was then the president’s deputy national security adviser.

Sunday, May 18, 2014
Medically Related , Other Items of Interest , Technology