At some of the facilities, a patient with a $25 co-pay now pays $80 for an office visit because of the $55 facility fee.  Insurance for the most part is not covering the fees and there are many hospitals across the US doing this.  One step forward and two steps backwards for better healthcare as far as being affordable.

No doubt the hospitals need the revenue with 43% of them being in the red, some sell their payables out to be auctioned off too.  The insurance companies are the only ones with maybe 2-3 trillion maybe sitting in “rainy day” funds while the rest struggle.  Those reserve accounts are required by law and many states have also questioned the amounts in said funds too relative to perhaps more than what is required by law.  These are the “just in case” funds.  Once more it’s pitting the patient against the medical system they need for healthcare.  Last year Mayo broke even for the year and that would not have occurred without the sale of a facility in Florida it was reported earlier this year.  BD

Some Cleveland Clinic patients are so mad about a fee that recently began showing up on their outpatient bills that they're complaining to the hospital, their insurance companies, even members of Congress. 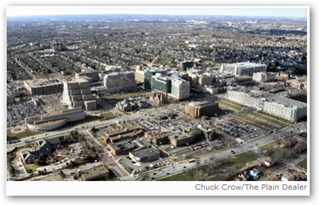 In the current economy, they say, the charge is one more expense they can't afford.

The Clinic isn't the only hospital that charges the "facility fee" or "hospital services fee" for doctor visits and other services it provides at its outlying medical centers. MetroHealth Medical Center, University Hospitals Case Medical Center, and Lake Health (formerly Lake Hospital System) charge them in some cases, too.

So do hundreds of other hospitals across the country. And they have for years.

Facility fees, as their name implies, help hospitals pay for overhead costs including building maintenance, equipment, supplies, staff salaries, streamlined transfer of records and subsidized care for the poor. The fees vary tremendously, depending on whether a patient gets an injection or has surgery.

Hospitals say they need them to survive.

Health-care experts say patients can avoid the fee by choosing doctors in private practice instead of those in hospital-owned practices. Some patients say that's exactly what they're going to do. One billing consultant's Web site says facility fees typically bring a hospital an additional $30,000 a year -- per doctor.