This is a newly coined word if you have not heart it, “diabesity”, which is meaning relating diabetes 2 with obesity.  Interesting enough, the article states that the UK has the fastest growing rate, but just numbers and size of the country will show that we have far more here in the US.

Back in 2007 the FDA had also approved another similar device.  It is sounding like that reducing obesity is also a main key with reducing diabetes 2, which in all is not a bad idea, lose weight and benefit 2 ways if you have diabetes 2, lose weight and save money all at the same time it appears.  BD

LONDON, June 26 /PRNewswire/ -- Allergan's LAP-BAND(TM) AP System for obesity intervention has become the first device to receive official European approval for weight loss that leads to improvement or remission of type 2 diabetes. Type 2 diabetes has reached pandemic proportions[i] and the risk of developing the disease has increased up to 10 times in people who are obese. Obesity is defined as having a Body Mass Index of 30 or greater. Alarmingly, the United Kingdom has the fastest growing rate of obesity in the developed world. 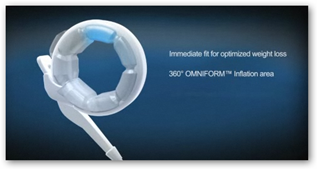 Obesity and type 2 diabetes are likely to be the greatest public health problems of the next decade. In the United Kingdom, it is estimated that the number of obese people with type 2 diabetes has increased by 1 million over the past 5 years.  Recent estimates are that 10 per cent of the National Health Service (NHS) spending goes on diabetes. This equates to GBP9 billion a year - that's GBP1 million an hour.[iv] Current lifestyle and pharmacological approaches are only modestly successful in causing sustained weight loss in obese people with type 2 diabetes. 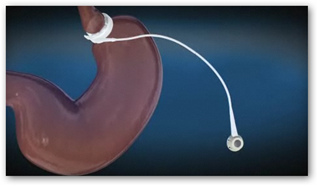 Diabesity was coined by Shape Up America to define the direct correlation between diabetes and obesity" said Dr Jonathan Pinkney, Consultant Senior Lecturer and Diabetologist. "The gastric banding procedure is a highly effective option for selected obese patients who are failing to reduce their weight through traditional weight-reduction methods. 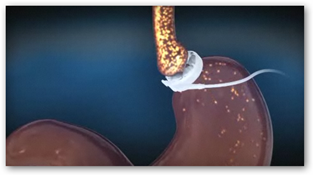