Some of the hospital in the now bankrupt corporation have been sold to other concerns.  Back a number of years ago Envision was slated as being a new coming in the hospital chain market, but as you read on you can see those plans did not materialize.

There are many discussion as to what happened, many legal suits in the courts, and 2 hospital in bankruptcy.  Michael Reese in Chicago has been on of the nation’s top teaching and research hospitals for years.  Some are saying the company was mismanaged and the profits were taken from the revenues of years past.  There’s a big controversy in Chicago as well with demolition teams ready to level the facility to make room for other businesses.  BD

A small company was formed in the early 1990s with a seemingly noble goal: Provide quality health care at urban hospitals in some of the 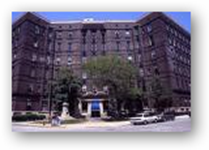 A decade and a half and a pile of unpaid bills later, though, Scottsdale-based Envision Hospital Corp. has learned that it is no easy task to own and manage hospitals in inner-city neighborhoods of Chicago and Washington, D.C., as well as suburban Los Angeles.

The fall of Envision shows the perils a once high-flying hospital corporation faced as it sought to gain a foothold in some of the nation's largest markets.

It recently filed for bankruptcy in Arizona, leaving questions about the fate of its hospitals such as Pacifica of the Valley in suburban Los Angeles and Chicago's Michael Reese Hospital, once recognized as one of the nation's premier teaching and research hospitals.

The Chapter 7 bankruptcy filing shows that not much is left of the Scottsdale company. It lists assets of less than $100,000 and more than $15 million in claims from creditors nationwide.

The struggles have continued in recent years. Envision sold its Washington, D.C., hospitals amid pressure from the D.C. City Council. Its Michael Reese Hospital in Chicago, once among the nation's most well-regarded teaching hospitals and a well-regarded research facility, is winding down operations and has filed for bankruptcy protection as well. Pacifica of the Valley, located in the San Fernando Valley, also is bankrupt.

"They had a very difficult time competing," Nemzoff said. "If you are a two-hospital town, then you can compete with one hospital. When you have 35 hospitals in (a larger market), you don't have that luxury."

Healthcare Professionals Limited of Virginia, which provided health-care services and management for Envision, filed a lawsuit against Tuft and Envision claiming the Paradise Valley man failed to follow through on an agreement to pay Healthcare Professionals Limited $1 million. The lawsuit alleges that Tuft drained the hospital company of its assets for personal purposes and failed to follow through on an agreement, an allegation Tuft's lawyers denied.

"He owned the company, and he took the funds out of the company," said Barry Nakell, an attorney representing Healthcare Professionals. "My client was pretty much wiped out because of this."

Hospitals and Doctors Financials not Improving