Home » My Commentaries » Other Items of Interest » Congress Will Read the US Constitution Out Loud when They Return Next Week-Anyone Heard of a Podcast?

Congress Will Read the US Constitution Out Loud when They Return Next Week-Anyone Heard of a Podcast?

I mention podcast as that is how the rest of the US citizens get quite a bit of the information we are responsible or knowing today.  How long is this going to take when legislation could be going on?  This is the issue today with citizens and general consumer digital literacy facing the antiquated methodologies of the folks from the 70s mentality.  Everything we do now is being driven toward a “self help” web format so are those folks not up to par here? Sometimes in my blog posts I refer to those who are not up to general consumer literacy as the “non participants”. I am not talking about having extensive awareness here, just what is expected from the rest of us, although any knowledge on how technology and algorithms work in the law making areas is huge plus!!!!

I have said this and so have many on the web that it is time for digital laws, in other words reformat this stuff and add some visuals as it will make it easier for members of Congress to deal with too and not have to revert back to something like reading the entire Constitution out loud.  I would much rather see them spend time learning about the properties of a pdf document as when the Pledge for America was written it left all the authors on there, who are staff members who were former lobbyists.  Rachel Maddow had the catch on that one.  Maybe I should keep quiet or they will reading that Pledge out loud next.

Our governor here in California has an executive order for digital literacy and I’m sure they would share with Washington.  It’s a good thing with all ranking individuals from libraries to the PUC talk out and state what is needed.  She says even you work at Burger King you need this so does this apply to Washington? 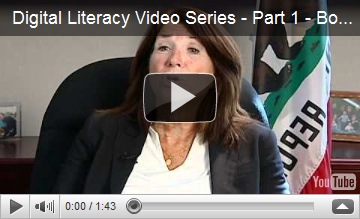 With complex data systems and information sharing, you can’t merely just take a stand and then go back and ask technologists to “make it work for you” as those days are long gone and big expenses and consequences are at stake.

With Gordon Brown talking recently, it was somewhat disturbing to hear his comment that he made saying “he had no idea on how connected the banks had become”, well here we go back to the 70s and lots of folks asleep at the wheel while intelligence and technology continued to work on their side and again the rubble of what we have left to deal with today. Back in August of 2009 I was talking about Algorithmic centric laws and really it would help members of Congress too and lawmaking might become easier to have all the information one needs in front of them.

We need digital laws someday soon!  We need to govern those laws with technology in place that can comprehend and see what insurance companies are doing as they have pulled the wool over the eyes of the non participants in digital technology.  This blog has talked about that for 2 years. 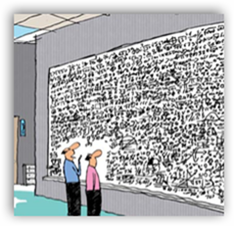 How important are these algorithms today?  Well it turned out Goldman Sachs put a guy in jail for stealing theirs, algos mean money and they also mean fraud.

So while the Constitution is being read so go all those formulas aka the algorithms that create fraud.  I would really like to see Congress become participants and understand some of this as if you don’t the world is all over you and as we have seen this year, those who are not don’t look too smart and lose a ton of respect when all of this is expected from consumers.  I’m not the first one to write about this as my source was and I just added to it.

Modern day times with banks, employers and almost all others would use something like a Podcast, and it saves a ton of time so please join the rest of us with digital consumer literacy and maybe use some of it?  It certainly would have helped to not have that staff member who lobbied for many big companies to be exposed, again digital literacy and why I am scared when I see the 70s doing a rerun in front of my eyes as the rest of the world doesn’t function that way.  BD

When Republicans take over next week, they will do something that apparently has never been done before in the 221-year history of the House of Representatives.

They will read the Constitution aloud.

And then they will require that every new bill contain a statement by the legislator who wrote it citing the constitutional authority to enact the proposed law.

The reading of the Constitution will occur Jan. 6, one day after the swearing in of Speaker-designate John Boehner (R-Ohio). The 4,543-word document, including all 27 amendments, could be read aloud in just 30 minutes. But the exercise probably will last longer.

"You can do the talk, but you have to do the walk," said Clifford Atkin, a leader of the New Boston Tea Party in Woodbury, Conn., who likened the increased focus on the Constitution to a religious conversion.

Beth Mizell, who leads a loose affiliate of tea party activists in tiny Franklinton, La., has attended weekend classes on the Constitution that she compared to church Bible study. She said she is heartened that Congress is taking these steps.