Here we go again with technology making automated decisions and this is where a person needs to step in and review the chart, history and information. Guidelines were established by either an insurance company study or one accessed elsewhere and then the recommendations were poured into a table with all the specifications lined out.  The next step was to run this process, identify 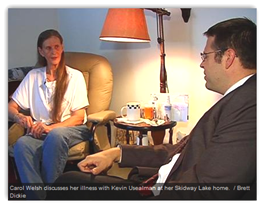 those who are taking this drug and define the parameters that are determined to be out of line with the the study information built into the data table for comparison.

Any chart and/or patient that does not meet the guidelines is given an automated letter generated removing the drug from their chart and use, being it did not fit the parameters of information fed into the program that was determined to the guidelines for use of the drug.  We see a lot of this today unfortunately and with companies having employees scaled down to the bare bones, call centers located over seas, employees afraid to ask question for fear of losing their job or being reprimanded, items like this go untouched until is reaches a new media level to where someone, a human, needs to step in and make a decision.

The mathematical formula run does not look at the fact that this drug is saving this woman’s life or look at the care and notes from her current doctor, it just makes a decision based flat out on data and this is not sufficient in many cases and especially with many types of drugs.  This is an effort to cut back and save money.  Also by making an exception it could also stand to set a precedence to allow others who are taking the drug to continue and 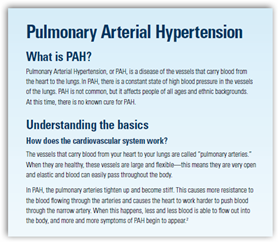 again each patient and case is different.  The article also included the very impersonal response and complete with “canned” template responses that leave everyone just wondering what kind of person works there and did they even look at her chart.  To make the templated letter look even more important it carries the signature of the COO, who probably has no clue it was sent, again as it was the algorithm that generated the letter to cut off her medication as of January 1st.

“Health Plan of Michigan is a managed Medicaid insurance company that oversees the health care of its enrolled members.

First and foremost, Health Plan of Michigan respects each member's privacy, and follows the federal and state laws concerning the Health Insurance Portability and Accountability Act (HIPAA) respecting protection of each member's health information. As a result, Health Plan of Michigan is unable to discuss the care of any member in public without prior written authorization from the member.

So here you have the total Non Human process of an algorithm that has determine by the data in the files with the mathematical formula ran that determined she does not have the pulmonary disease she has, again based on running an algorithm against the parameters specified by a report that were pumped in to use as their guidelines. 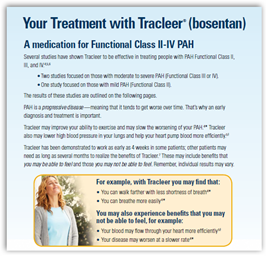 MEDICATION COVERAGE DENIED BY THE ALGORITHM TO SAVE MONEY

According to the article the patient has been taking the medication for 14 years and now it does not meet guidelines and she does not have the condition that well known doctors have diagnosed.  We will be seeing more of this type of activity as all insurance companies run such algorithms and again it is a cut and dry format that does the the dirty work without human involvement.  The one side of this that is neglected though is that this letter and decision goes to a human being and as in this case it is a well established treatment that is saving her life and not something that any of us like or want to receive, and in many instances, getting to a human to make a decision is next to impossible, so my advice is to go to the media and bring it front page so some of these decision making processes can be shown for what they are and how they work without human interaction and just run formulas to save money.

This is the part of healthcare today that is wrong as each person is different and each treatment varies.  In Arizona patients on Medicaid in that state are being denied transplants due to the algorithm in part provided by United Health Care to determine risk and who should be entitled to get a transplant and if the guidelines and rules say no, then to save money they seem to see no reason than to render a cold calculated decision and basically tell patients “go ahead and die” as our share holders will profit.  In this case with Medicaid the patient is being told “it’s too expensive for our budget to save your life”.   Here’s what was said about the Arizona Medicaid situation, classic example of decisions not based on medical needs, but rather budget only.

formulas that make decisions that allow people to either live or die.  This is also a good book to read about how mathematical formulas work and sometimes deceive.

Again, it is wrong and until we have those folks creating these formulas called to the carpet and further discussions held on this, the algorithms will keep running and in many instances, clinical information is not even considered at all, it’s just those algorithms to save money. BD

Ogemaw County -- Carol Welsh has beaten the odds, and then some.

"They give me less than three months and told me to go home and just lay around and die, I guess," Welsh said.

But an experimental treatment at the time gave The Skidway Lake woman enough strength to give her back her life.

That is, until her Medicaid HMO took it away for 11 days, with devastating effects.

Welsh, an insulin diabetic, said without the drug Tracleer, she couldn't get up to give herself the treatments, and had severe breathing difficulties.

Welsh's University of Michigan doctor said "there is a high probability of severe clinical deterioration if she is not on the drugs that are specific for pulmonary vascular disease."

But, as of Nov. 1, her HMO said she doesn't have the disease. A letter to Welsh cites an unnamed independent physician reviewer who said the treatment isn't appropriate and states the denial of benefits effective Nov. 1.