Keith Richards Talks About The Luxury of Using Merck Cocaine

In his book he wrote about his use of the product and how pharmaceutical cocaine was so much better and pure than what he found on the street and grated he had the money and I guess the connections to get it years ago.  We all know that this man like Ozzie Osborne defy the odds and are still living to tell about it. 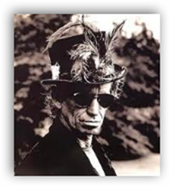 Pharmaceutical cocaine is not normally used to snort but rather as a local anesthetic and I don’t even know how much of it is still used today but years ago it was common.  Merck and Parke-Davis paid Sigmund Freud to test their cocaine, and endorse it too.  Keith Richard though has agreed to donate his body to science when he passes on.  BD

Guitarist and songwriter extraordinaire Keith Richards should have died a long time ago. He was a heroin addict for many years, which earned him the number one spot for ten years on New Musical Express’ list of rock stars most likely to die. He was also an aficionado of Merck cocaine—the pharmaceutical kind, a pure luxury compared to the street powder. In his autobiography Life, Richards confesses that the Rolling Stones’ 1975 tour was “fueled by Merck cocaine. It was when we initiated the building of hideaways behind the speakers on the stage so that we could have lines between songs.”

As Richards lets his supplier describe it (because the rocker’s memory is dim in that passage):

“Pharmaceutical cocaine cannot be compared in any way to cocaine produced in Central or South America. It is pure, does not bring on depression or lethargy. A totally different type of euphoria, one of creativity, exists immediately when it is absorbed by the central nervous system. There are absolutely no withdrawal symptoms.”