The contracts and provisions of health insurance just keep getting more complicated and new battle zones keep appearing.  In this case Cigna and other health insurance companies want the expatriate plans to be exempt from the medical loss rations with spending 80% of the premium money on care, as is the requirement for our US domestic policies. 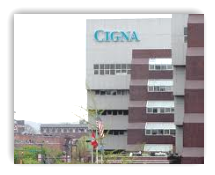 It’s all about those business intelligence algorithms and maintaining profitability at high levels. When laws and rules are passed, unlike perhaps what the government may do, they get out their high powered software and servers and go to work, figuring out where the parameters of the formulas can be adjusted in order to maintain status quo and this time it appears to be the expatriate policies offered to those over seas.  Does this make sense?  You tell me.  The discussion area here is that expatriate policies are more expensive to administrate and thus they need to be relieved of the US provision of the MLRs.  Using the layoffs of 500 employees in the state of Delaware seems to be new twist added here with again using mathematical formulas and/or reports to show that they don’t feel this is justified.

Granted by comparison to US policies this may seem to be a small number, but again when using algorithmic formulas and some machine learning technologies these area come up and and alert for a potential risk assessment loss come up and so we have the next move here.  The companies are looking for an permanent policy change.  No wonder things get so complicated but when the risk assessment factors are presented in a format to shows areas for potential improvement, it brings about a need to act on such numbers.  This might also be of interest with noting the Cigna acquisition of Vanbreda International last year to service expatriates, especially with company provided benefit plans so that side of the business needs to generate profits as well and being this acquisition was made in August of 2010, the numbers could now just being scrutinized for the future business model of this subsidiary too.

Also, the former CEO of Cigna also went to work for a medical tourism company here in California

that again would be connected with expatiate services which also occurred in August of last year.

Currently as it stands, the state of Delaware can demand payment from Cigna if they do not keep employees in Delaware and add more jobs.  An economic fix is being discussed for the issue and it will be interesting to see what comes out of this discussion,just one of many that appears today, again based on potential profit losses.  If one is a worker in the Delaware office, well you job could be at stake ant it comes right back around to rules, laws and contracts.  This grows out to where now it is taking an “economic development director” to examine and create a “fix”.

This is tough when you have such a highly advanced IT infrastructure business like the health insurance business going up against state legislatures, lawmakers, etc. who do not have the same ability to use advanced technologies to predict and fully examine any “unintended consequences’ here and thus those with the data and numbers usually end up on top, as numbers today with substantiated reporting system seem to trump everything else, just look at the financial district on Wall Street for a ton of examples of this methodology if you need to dig a little further.  BD

The demand from Cigna, a $21.3 billion Philadelphia-based company, comes just months after Gov. Jack Markell's administration awarded the company $2.4 million in grants to keep those employees in Delaware -- and add to the staff here.

Cigna and others put on a lobbying effort last year when the National Association of Insurance Commissioners, a group of state insurance regulators, were helping the federal government, Gupte said.

In an October letter to Kathleen Sebelius, secretary of the U.S. Department of Health and Human Services, the NAIC urged Sebelius to exempt expatriate plans from the loss ratio rules.