A comparison was done with using big hospital chain Tenet, who admitted 39% of the ER patients while the stats at Prime were 63%, so that’s pretty big difference with just looking at the percentage numbers.  Back in February of this year, Prime

was also questioned about some of their billing processes with a large number of Medicare patients showing malnutrition.  I live in the OC and remember the hospitals from a business standpoint before their acquisitions and they were busy but now when you drive by the hospitals you can roll bowling balls through the parking lots that were once crowded and challenging to find a parking space.

A few months ago Prime Healthcare bought another hospital in San Diego where I commented about another Cadillac ER on the way, as this is where the money is with healthcare with current laws and regulations.

As mentioned above when purchased, it kind of looks like the services that are not profitable are abolished and again you see big vacant parking lots at patients have to go elsewhere.  How does this balance out if all hospitals were to run strictly on profit?  Prime also buys hospitals that are usually in financial straits and thus the pricing I think has been what they chain is willing to pay, but in some instances if Prime didn’t buy them, the hospital would close so 6 of one and half a dozen of another. 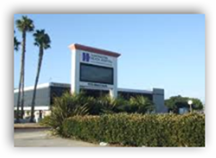 I read the other day to where Prime has filed suit against the consumer group investigating and reporting on the deficiencies they are finding with the chain.  Kaiser has had issues with the chain for a few years now and the new issue at hand is the fact that patients are being “held hostage” for ER admittance, in other words somewhat coerced into being admitted at Prime instead of going to another hospital to be admitted and perhaps one in network.

“The chain’s founder and board chairman, Dr. Prem Reddy, once described the emergency room as a “gold mine” of Medicare and Kaiser patients, according to the former medical director of Desert Valley Hospital in Victorville.”

The comments go on to say that Prime did not want to miss an opportunity to admit a fully insured patient when the opportunity was there and most hospitals of course like to get paid as any other business but the questions here arise about Prime maybe over stepping their coding and ER admittance procedures.  This will be an interesting case to follow to see how the analytics and numbers all shake out.  BD

A Southern California hospital chain has boosted its profits by transferring an unusually high number of patients from its emergency rooms to its hospital beds, gaining hundreds of millions of dollars by targeting people with Medicare, a California Watch investigation has found.

Patients and their families have described feeling trapped by doctors and administrators working at Prime Healthcare Services facilities. They entered the emergency room and were stuck in a "Twilight Zone," as one family member described it, unable to see their own doctor at another facility or faced with treatment that seemed unnecessary.

During a 2006 Orange County Board of Supervisors hearing, Dr. Abdul Khan, a doctor at Huntington Beach Hospital, said that after Prime took over that year, doctors were told to admit insured patients who arrive in the emergency room with maladies as minor as a headache.

In late 2006, Prime took over hospitals in Anaheim, Huntington Beach and La Palma. The chain took over a Garden Grove hospital in mid-2008. By 2009, those hospitals, on average, admitted 64 percent of Medicare patients to hospital beds – compared with the 44 percent admission rate at those same hospitals in 2005.

More than a dozen other Orange County hospitals also admitted about 45 percent of Medicare patients in 2009.