The whole purpose here is to keep the costs of prescriptions down and with the merging of the 2 pharmacy benefit managers, they gain a ton of market share.  For a

short blast to the past, last month Walgreens dumped Express Scripts stating the reimbursement rates were too low.  Contract are determining almost everything today and where you can get a prescription filled, what doctor you can see and so forth to stay in network and be covered.

In addition the news also stated that in 2012 the Medco contract with United Healthcare expires and would end in December of 2012.  Remember United just has record profits once again here and it all comes down to business intelligence and where the cost can be driven down.  Medco

obviously is not getting what they feel is a high enough reimbursement rate here.  Tons of doctors feel the same with their United contracts and United has their own pharmacy benefit management company and I would guess they want to funnel everything in that direction.   In addition, Medco also has some investments in the research business too.

In addition Express Scripts also has a new program to contact patients and predict which patients may not be taking their medicine. I hope they are not working with FICO on their bogus algorithms that tie in credit ratings as that will deny drugs and care with what I call a complete mis match of information generated for marketing algorithms only.  The link below will shock you and how rogue algorithms are being marketed today and their interpretations, which is the important factor here.

About a year and a half ago I did an interview with Proto magazine with a free lance reporter and she and I were talking about this, and I might say it was before our time as we both knew this existed, but the public was not ready to hear it yet and thus we did not get published and the reporter was the one that actually coined the words “rouge algorithm”. This is something to be aware of as if you think medical claims are are had to battle, wait until some of these start running to give a skewed risk management assessment and you not going to like it and there will be flaws.  Hopefully Express Scripts and Medco will stay clear of some of these mathematical algorithms that are being marketed and stay closer to those that are actually beneficial.

Be prepared for more of this to take place as mergers and acquisitions accelerate:

In addition too, I think with all the privacy issues out there and the millions made from

selling our data, which these folks do, it might be time to tax the transactions, and Walgreens as an example said their business in the data selling area represents just under $800 million, which brings about another question here, could these pharmacy benefit managers exist and show a profit to shareholders without the data selling money they make?  I don’t know but it’s a damn good question to ask and do we have the best healthcare system ever “sold”.

No wonder a while back the reporter at Fox News thought one could get a pap smear at Walgreens, it confuses everybody.

We are the product and the squeeze here will be both on the part of contracts with pharmaceutical companies and with health insurers. 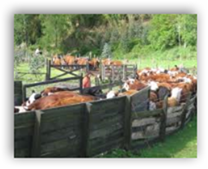 Current contracts in place the article states will keep things going for a while, until they come up for review and negotiation so there should not be a whole lot of immediate changes, but as they do, it’s cattle drive time and patients and doctors will be shifted to a new “corral” as contracts are re-negotiated.  BD

The two biggest prescription drug benefit managers in the U.S. plan to combine in a $29.1 billion deal they say will help rein in costs and improve patients' health.
Express Scripts Inc. announced an agreement Thursday to buy Medco Health Solutions Inc., which is bigger in terms of revenue, but recently lost several major contracts covering millions of people.

Combined, Express Scripts and Medco would handle prescriptions for an estimated 135 million people -- more than one in three Americans, under the deal announced Thursday. Express Scripts said the tie-up would give it more power to negotiate lower prices with drugmakers.

Patients might see tougher rules for getting medicines for chronic health problems by mail order or requiring more use of generics. Patients whose prescriptions are handled by either company shouldn't see any changes right away, as their drug benefit plans are covered under multi-year contracts.

"Everyone agrees that we need to get health care costs under control," Paz told the analysts. "It's what America needs, it's what the patients need, it's what the clients need."