This is the first part of the project that will begin rolling up in Congress more than likely as we get closer to the end of the year.  Each year CMS submits their plan by honoring the current SGR that is in place by law, this item that lawmakers have not been able to fix for the last 10 years and this does take an act of Congress.  Instead 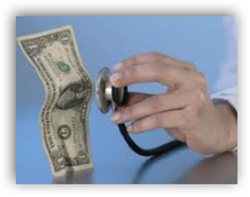 as you know we get bandaids and not a permanent fix, which has been a good thing instead of cutting doctor compensation with Medicare.  Again, this is the current law on the book that drives CMS to present their case every year and it will keep happening until something permanent is done.

Dr. Don Berwick, head of CMS states below this cannot happen and has been a long time advocate for a permanent fix, as well as most of us as this comes down the deep drama at the end of the year when the pressure cooker is boiling and it has even exceeded it a couple of times, which is a real mess for billing and claims have to be resubmitted, back tracked for the money that was cut and then when the law goes into place for the extension, the balance of the claims get paid.  This is not an easy process let me tell you as the balance due payments get messed up in “data world” and it creates a lot of work when Congress is late and the time expires.  Smarter lawmaking would be bliss to say the least.

So how far to the bell it goes this year remains to be seen on whether or not we get a permanent fix.  To do this though and see all elements Congress is going to need 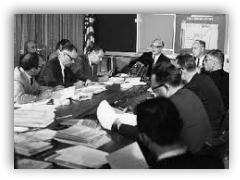 to get some high powered computing so a ton of unintended circumstances will be avoided if they create a permanent fix.  What will it take to grow from denial and realize the power of IT infrastructure and computer learning?  They just don’t get it so until we have “digital literates” representing us, the soap operas go on and we all suffer.  Here’s one very good example of a total waste of time and money on that subject.  This will do little, cost a lot of money and won’t help the consumer.  BD

WASHINGTON -- The Centers for Medicare and Medicaid Services has issued its proposed changes to the 2012 Medicare Physician Fee Schedule, including a long anticipated -- and long-feared -- plan to cut Medicare pay to physicians by 30%.

The agency is required to issue the fee schedule based on current payment rules. Using the Sustainable Growth Rate (SGR) formula now in effect, physicians are scheduled for a nearly 30% decrease in reimbursement beginning in 2012. Although similar cuts have been averted almost every year by last-minute Congressional reprieve, CMS cannot assume such a reprieve will occur and must issue its proposed fee schedule as if the payment cut were going to go into effect.

Including the cut, total payments under the fee schedule, if adopted, would be $80 billion in calendar year 2012. That money would be used to reimburse nearly one million providers, including limited license practitioners such as podiatrists, as well as nurse practitioners and physical therapists, in addition to physicians.

CMS will accept comments on the proposed rule until Aug. 30, and plans to issue a final rule by Nov. 1.