This is a nice article written and saying everything politically correct which anyone would do if they were in his shoes.  So now I’ll take the opportunity to translate in 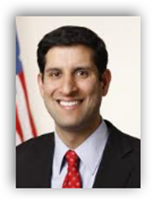 how the Quack sees all of this:)  On a tiny scale by comparison, I run into the same stuff and it all comes back to digital literacy and working together to make progress.  I already said I felt he was frustrated in a post when he announced he was leaving and that’s what frustrated IT folks do, they leave when they have had enough and can’t make progress.  It’s the old throw in the towel routine and this is not due to the actions on their end, it’s due to the non ability to have intelligent conversations and get funding from the other side that doesn’t get it.  You burn CIOs up when you don’t work with them and make an attempt to elevate the level of comprehension of technology in the world today.

Sure there’s a lot of projects unfinished but when you are bumping your head against a brick wall that’s what occurs.  Will anyone want to step in and face the same thing, I guess time will tell if they can somehow communicate with some of the digital illiterates and get funding and attitudes to change.  There are many companies and technologies to choose from out there today and a good CIO that knows how to combine them is worth their weight in gold but unfortunately it’s a thankless job due to digital illiteracy among lawmakers.  Sure this is favorite rant here but it is oh so true and disappointing with what is happening today.  Below are a couple of my favorite posts on this topic that basically say “they just don’t get it” and can’t see technology tools that will help them even when it’s staring them in the face.  They seem to think that consumer digital literacy is “for those guys over there”. 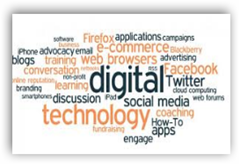 Behind We Fall With Effective Intelligent Lawmaking

He mentions funding and how that is a problem and I have referenced here a post about how the Senate cut funds for cloud services, so it doesn’t get much worse than that with digital illiteracy.  Last year myself and a bunch of other tech folks just scratched our heads over that one, and look where Cloud technology is today, duh?  He also states there is no congressional committee for Federal IT spending, well again we don’t have enough digital literate elected officials to do that either, as they seem to think that talk about abortions is king.  See what I mean with digital literacy lacking here and minds that live in the 70s.

He also mentioned the fact that the companies who obtain contracts are limited too, not because they may or may not be the best companies for the job, but they know the federal procurement procedures and too few new 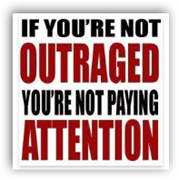 comers get the chance, so I think that about sums it up. We are burning out CIOs at every level to include many in healthcare and public CIOs largely due to digital illiterate lawmakers.  It’s like the big white elephant that nobody wants to talk about, but it holds the entire country back and progress is not made in the fashion it should be.  It is sad when we have creative technologies that have the ability to be substantial leaders and their talents and expertise get put aside for lame lawmaking sessions talking about abortions instead of moving the US further ahead.  So who will be the next “technology sacrifice”?  I guess we have to wait and see if anyone wants to jump into the digital illiterate hornet’s nest and see how much they can tolerate.  BD

If given the chance, outgoing federal CIO Vivek Kundra, who will leave his post next month for a stint at Harvard University, would advise his successor place a "huge focus" on execution of the IT agenda that's already been laid out during Kundra's two-year tenure.

"The blueprint has been laid out, but if you look at federal IT, it's not immune to the law of entropy--everything will move toward disorder," Kundra told the President's Council of Advisors on Science and Technology on Friday. "My advice would be to be aware of entropy and make sure that you're really, really focused on execution, not just on policies. You need to roll up your sleeves and get some work done."

In his remarks, he cautioned that too often, officials come into the White House with a belief that they're only going to focus on policy, and while that might lead to good ideas, it doesn't necessarily lead to accomplishments. "Every single day, I would sit down with agency CIOs and push them in that direction," Kundra said.

Funding problems also factor in the failure of the federal government to take full advantage of a common data architecture, common IT platforms and unified fiber networks, Kundra said in response to a question from Google executive chairman Eric Schmidt. "The biggest problem, I always say, is how we fund IT," Kundra said. "That's a pretty serious issue."