This was an interesting piece in Xconomy, an opinion piece but I happen to agree with a lot of what is said here.  We have some real imbalances with many biotech companies struggling to get funded who are working on cures and disease treatments while some social algorithm company gets their value blown sky high to the moon.  A social algorithm is not going to cure or treat me, but a drug or device might do the trick and these are the small companies that are hurting.  We need some long term tangible investors and not the short term “make a buck” bank orchestrated values.  They all have a place and there are some good acquisitions out there that happen too, so it’s not all bad. 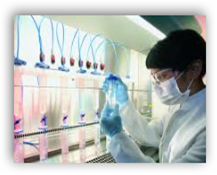 In addition the rush for the buck has a tendency to rush researchers and create some maybe not so good allies and we see come out in the news with falsified or studies written by ghostwriters, not a good thing.  As mentioned below it’s not the researchers that get the rewards it’s the boards and the bankers.

Basically the tone of this article is to be wary of the “fast” money in biotech and stand alone so as not to drive the markets with the bankers and the inflated fees they get.  This may not work all the time of course and there is a time and place for mergers and acquisitions of course, but it should not be the focus of the entire company to build to be bought out and perhaps go public on their own perhaps or remain private.

All you have to do is look at Dendreon for a biotech company that has ridden the roller coaster of the markets and I guess still could have a few rolls left but so much that occurred with the company in value had nothing to do with the research and development of their drug.  BD

Dendreon Day - What Got People More Excited, the Announcement or the Stock?

Given what investment bankers did to the financial system just a couple years ago, it surprises me how many people still accept what they have to say at face value. But quite a few people in biotech are still lapping up all sorts of short-sighted, destructive advice from the financial powers that be.

The latest bit of wisdom passed down from Wall Street came in a Reuters story this past week. It speculated about 11 publicly traded biotech companies that various investment pros consider to be takeover candidates. These companies have the kind of novel drugs that Big Pharma needs to replenish its empty pipelines. If you’re a shareholder in one of these little companies, this sounds exciting. Just hold onto your shares a little while longer, or buy some now while you can, and wait a couple quarters for a suitor to pay a 30, 40, or 50 percent premium. Instant returns! That will make everybody happy, right?

What stories like this usually fail to mention is who really stands to gain, and who loses, in these deals. Investment bankers, C-level executives, lawyers, accountants, certain consultants—they all pocket big money. Bench scientists, lower-level management, and entire regional economies can get whacked as hundreds or thousands of people lose their jobs.

What’s more problematic is when the bankers aren’t satisfied with the puny fees they get from those $500 million to $1 billion acquisitions. So they start beating the drum for multi-billion dollar mega-mergers. These are the kind of deals that can generate monster fees, like the potential takeovers listed in the Reuters report. The target list includes Biogen Idec (NASDAQ: BIIB), Vertex Pharmaceuticals (NASDAQ: VRTX), Dendreon (NASDAQ: DNDN), Seattle Genetics (NASDAQ: SGEN), Exelixis (NASDAQ: EXEL), and Intermune (NASDAQ: ITMN), along with some smaller players.