Home » Other Items of Interest » Pharma/FDA News » Why Is James Murdoch on the Board of GlaxoSmithKline And Will He Stay?

Why Is James Murdoch on the Board of GlaxoSmithKline And Will He Stay?

This is a good thought provoking article here and for no other reason than the title, why is he on the board of the UK’s largest pharmaceutical firm?  It just seems a bit 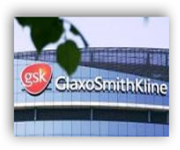 odd since he’s in the media business as to what value he could bring to a pharmaceutical company?  Does he actually do anything on the board?  With the news breaking almost by the hour of late with News Corporation with arrests and resignations, I think this is a healthy question to ask and will Glaxo keep him?  He is also listed on the board of Sotheby’s auction house, so he got around a bit it seems.

I hope we don’t end up finding any connection here and again what will investors have to say about all of this.  BD

Never mind whether James Murdoch should remain chairman of British Sky Broadcasting, how long before someone asks why he is on the board of GlaxoSmithKlein Plc (LON:GSK)?
Unnoticed amid all the headlines about Rupert Murdoch’s media empire is that his favorite son is a non-executive director of Britain’s biggest pharmaceutical company.

And if television is a business regulated by governments, so much more so are drug companies – not just in Britain, but globally. Including America. Pharm companies cannot afford to court controversy in their governance.

James Murdoch has been a Glaxo main-board director since May 2009. Yes, FTSE 100 companies tend to recruit their non-execs from the execs of other Footsie firms and James was chief executive of BSkyB before he became chairman. But shareholders might belatedly start asking what experience he brings: his whole working life has been inside his father’s empire.

Director of Finance Online - Blogs - The Edge » Blog Archive » What is James Murdoch doing on the GlaxoSmithKline board?