Doctors in Puerto Rico stated they are owed over $60 million and are on the brink of not seeing Medicaid patients until they start getting paid.  The IPA in Puerto Rico represents 38 medical groups.  The government stated that it would be terminating 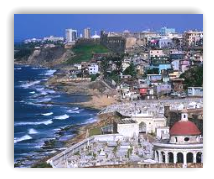 it’s agreement with MCS, the largest insurance provider under the Medicaid program.  Hospitals stated they are owed around $91 million.  The insurance carrier blames the government saying it owes they $243 million for services provided.

One thing for sure here is that everyone seems to not be getting paid.  Two other smaller insurance companies are not experiencing any issues by comparison with providing the Medicaid services and paying providers.  The doctors, labs and pharmacies all want to be in on the negotiations for the next contract when it begins so MCS can be eliminated.

The last comment here rings in with what we here on the mainland too, maybe eliminating the role of the insurance companies is the key.  BD

Physicians are threatening to stop serving nearly a million Puerto Ricans as a result of a dispute between the island's government and an insurance company over reimbursements for treating poor people.

Gov. Luis Fortuno on Wednesday appealed to the doctors to avoid cutting off patients, saying it would be illegal. In an interview with WAPA, a local TV station, he also said the government would withhold two months of payments to the insurance company unless it settled with doctors, hospitals, laboratories and others.

Just hours after Fortuno spoke, the island's health secretary announced the government paid $57 million of the $87 million it owed Medical Card System Inc. for June. Secretary Lorenzo Gonzalez initially said the remainder would be paid only when MCS settled its bills with medical providers, but he later said it would be paid in upcoming days.

Nolasco said eliminating the role of health insurance companies might be the solution.