If you read here often enough, no surprise that I would include this presentation as

the world “algorithm” and its meaning has held center stage at the Medical Quack for a couple of years, basically carrying the same message, get in to the math.  As Kevin states in his talk “they have teeth”.  Finally someone else who sees reality.  He said there are 2000 physicists on Wall Street now.  They have terminology that matches as well, Black Box Trading, Algo Trading  (Algos are here at the Quack all the tine in conversation relative to healthcare).  When we had the mini crash I took my hand at

speculating there too based on my working knowledge and reading about how the whole thing played out.  I was not alone but had few folks kind of like the analogy.

happened.  Nobody had control.  Algorithms get locked in loops with themselves and he uses some good examples like an over priced book on Amazon and how it came about.  What you don’t see are the physics of culture and when will we know when they crash like Wall Street did…in healthcare that is scary but it can and does happen. 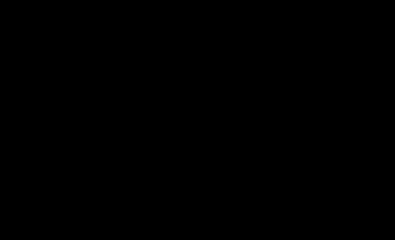 How Algorithms Change the World

He further goes on to talk about how we are “writing the unreadable” and yup we have that in healthcare too with algos that are mismatched, like what FICO is trying to do with using credit score data to determine if you will take your meds.  I like this guy and he talks my language all over the place.

“It’s a bright future if you are an algorithm” but we can’t say the same for humans right now.

Now that you have watched this, go out and buy this book, “Proofiness, the Dark Side of Mathematical Deception” from Charlie Siefe of NYU and get acquainted with how you get fleeced today with believing all the numbers and stats put in front of you that are really not real but rather unreadable.  Think about that too when questioning your next medical claim, is it unreadable…ask questions.

So how can our lawmakers function without the Algo men?  They don’t and things get worse.  I made the post below back in October of 2010.  So do you get the idea now with insurers, the financial folks and others creating the “unreadable” and why our current insurance and lawmaking system don’t work and do anything for consumers?  Anyone today proposing massive policy and law changes without the help of that “algo man” is lost as it helps to find out what processes are going to be required before one goes and speaks publicly and has no concept of the work behind such proposed rules and laws and then comes the old proverbial “egg on the face” when someone with some tech knowledge calls you on the carpet.

This post goes back to 2009 where I wrote about insurers suggesting algorithms to provide healthcare solutions, well we don’t want those that are unreadable here totally as we are still humans and our care needs to be at the levels we can interpret.

At the present rate I would be afraid to guess how few lawmakers know what an algorithm is even though they live with them just like us.  They don’t do math so Medicare cuts are guesses and gambles on outcomes without predictive analytics with politicians riding by the seat of their pants and we get the results of their unintended consequences.

Last but not least on this list, one more classic post about these algorithms…we need a Department of Algorithms to begin filing these digitally so we can view and see the concept and verify that all are not unreadable and that we don’t get fleeced.  Harry Markopolos and his testimony about the SEC makes a real strong case here at the link below.  It beats having a department of boneheads:)  BD

Kevin Slavin argues that we're living in a world designed for -- and increasingly controlled by -- algorithms. In this riveting talk from TEDGlobal, he shows how these complex computer programs determine: espionage tactics, stock prices, movie scripts, and architecture. And he warns that we are writing code we can't understand, with implications we can't control.

Kevin Slavin: How algorithms shape our world | Video on TED.com