We all know fund raising in science, especially healthcare science is not easy today and I included the portions below that pertain to such.  Groups are also looking for money from the web outside of healthcare but again with need the long term riders here with the research being conducted, it’s not like knowing with a social network 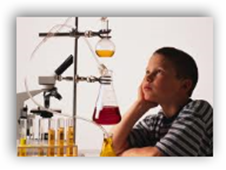 algorithm if it is going to rise or fall.  It is getting more difficult to get funding and thus now we are seeing new creative methodologies being used and one below relates to cancer to where a person can choose which cancer they want to beat.

Luckily too philanthropists have chipped in to where shortages with investors are, the Gates Foundation is one example.  Even with the new healthcare laws philanthropy is playing an important role as there’s just not enough money here with the financial world outpacing the world of science.

The link below talks about how California can’t afford all the IT infrastructure research that it needs so again as I mention in the link below, having executives with some IT background is truly helpful today to be able to get a vision of what needs to be done, and that too changes every day and why we have such a mass exodus of tech people as it is hard to explain to someone who doesn’t at least participate at a high minimal consumer level.

So basically what you have here with people turning to the web is reaching out to find those who understand their plight and are willing to help the cause without an executive making decisions with little or no digital literacy.  From my own personal view I would love to see even just a portion of the money that is thrown and wasted sometimes at social algorithms go toward science and medical research as that bubble will in time deflate in some way or another.  BD

Now 37 and a psychology and technology researcher at Catholic University of Milan, Dr. Gaggioli talks to anyone who will listen about his Open Genius Project, a crowd funding initiative he hopes will provide seed money for breakthrough research. Dr. Gaggioli plans to set up a peer review process to “separate garbage from good science.” But his crowd funding dream itself needs funds before it can begin accepting proposals.

“I think people will invest in projects that are carried out by young people who have no other possibilities to put forward their ideas,” Dr. Gaggioli said.

Cancer Research UK, a London-based charity, took a Web page from the microfinance site Kiva when it started its MyProjects initiative in September 2008. “The basic premise was to let people choose which cancers they want to beat,” said Ryan Bromley, the charity’s online communities manager.

In the crowd funding genus, MyProjects is a different species from Kickstarter. All projects on the site have been vetted by scientists and already receive financing from Cancer Research UK. And the funds are guaranteed regardless of whether the MyProjects goal is reached. Mr. Bromley calls it “substitutional funding.”

“We’re trying to attract people to fund-raise in a different way that we haven’t done before,” he said.

Scientists Turn to the Web to Raise Research Funds - NYTimes.com